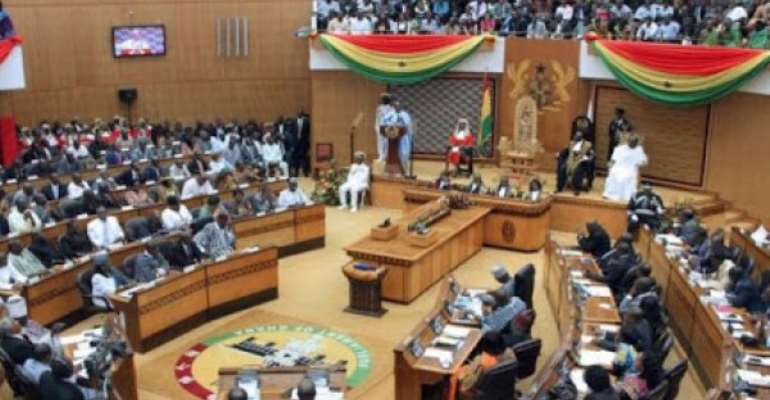 Six Members of Parliament have served notice their intention to sponsor a bi-partisan Private Members Bill to proscribe and criminalise the advocacy and practice of homosexuality.

They said the Bill would seek to further strengthen Ghana's legal jurisprudence and existing legislation on unnatural carnal knowledge to reflect the current state of affairs.

“It is our belief that all members of this House would support this Bill when it comes before the House,” Mr Samuel Nartey George, the Member of Parliament (MP) for Ningo Prampram, leader of the six MPs proposing the Bill, said in a statement on the floor of the House.

The statement was on the opening of an advocacy office for a Lesbian, Gay, Bisexual, Transgender, Queer and Intersex (LGBTQI ) rights in Ghana and the need for a strong national response.

Mr George said he was completely taken aback by news of the opening of the LGBTQI office in Accra on January 31, 2021.

He said in attendance at the event were some delegates from the European Union (EU), the Australian High Commissioner, Mr Gregory Andrews, and the Danish Ambassador, Mr Tom Norring among others.

He described the presence of the foreign diplomats at the event as “shocking and brazen disregard for the position of Ghana's laws on homosexuality,” saying the EU on its official Facebook handle advertised its participation in the event and reiterated its support for all civil society organisations supporting LGBTQI groups.

Mr George called on the Executive, through the Ministry of Foreign Affairs, to call to order all diplomats whose actions constituted an affront to the laws and sovereignty of Ghana.

“We also hope to see action from the Executive through the Ministry of Foreign Affairs calling to order all diplomats whose actions constitute an affront to our laws and sovereignty,” he said.

The group also called on Speaker Alban Bagbin, as the Head of the Legislature, to make a firm statement on the LGBTQI activities, which had become a raging national discourse.

“We have no doubt that the enormous respect you command, not just within Ghana but across the world, based on your many years of meritorious service to humanity, would add great impetus to the fight to preserve that, which is right, just and holy. The future of Ghana, as we know it, and the sanctity of marriage depends on us,” Mr George said.

“May posterity remember us kindly for our stand in defense of what is virtuous.”

Be strong — Isaac Adongo consoles Bawumia with a cow for mot...
42 minutes ago