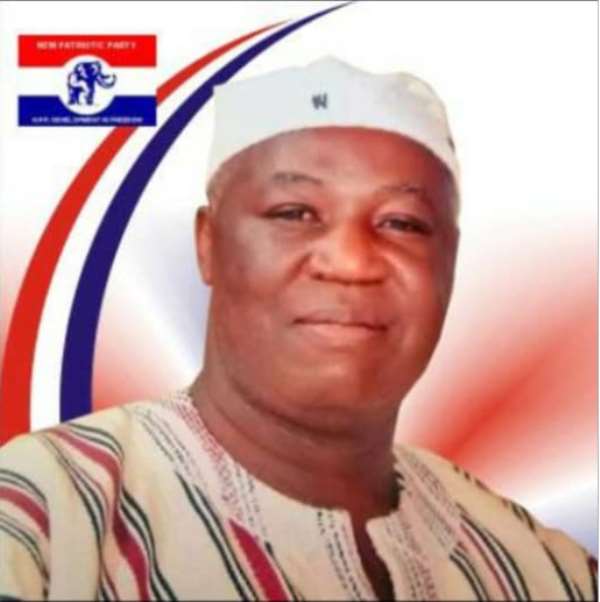 According to Chairman Sunday, Dr. Bawumia is undoubtedly one of the brightest young politicians one can find in Ghana. His success story as a Deputy Governor of the Bank of Ghana cannot be overlooked as it propelled him to who he is today.

Ever since his nomination as the running mate to H.E Nana Addo in 2008, the votes of the NPP appreciated in the five Northern regions with the potential to even increase more.

"Dr. Mahamudu Bawumia (DMB) as he is affectionately called by many, has shown Ghanaians the kind of leader he is through his philanthropic works during our days in opposition and in government"

He stands tall amongst his peers and the grassroots sees him not only as the Veep but also as a mentor.

Chairman Sunday also stipulated that during the NPP's first term, Dr. Bawumia led a crusade to digitize every sector in Ghana as technology is what moves the world now. Not only has he digitized the economy, but he has also created an enabling environment for businesses to grow which makes the economy buoyant as head of the economic management team.

He is the perfect candidate to lead the party come 2024 if truly victory is what the NPP seeks for, Chairman Sunday said.

Also in the write-up, the 1st Vice Chairman of the party in the Northern Region attributed the love of Ghanaians for Dr. Mahamudu Bawumia to certain qualities saying that, his brilliance, eloquence, competence, and charismatic leadership has endeared him to the hearts of many Ghanaians.

Some call him the rock and decisive factor in our modern-day politics because of his growth from a political novice to a household name in Ghana.

Dr. Mahamudu Bawumia’s emergence in politics has taken a new shape from the days of politics of insults, lies, and deceit to issues-based politics which makes his opponents nerve-racking anytime he speaks on issues of the state.

This has earned him respect from the technocrats, the middle class, the diplomats, and Ghanaians as a whole.

Finally, Chairman Sunday revealed that Dr. Bawumia is the nemesis of the NDC, and all other political parties combined and best fit to lead the NPP to victory in 2024 after Nana Addo.

The Bawumia factor is needed to break the eight in the 2024 general elections and I Alhaji Iddrisu Sunday the 1st Vice-chairman of Northern region FULLY ENDORSE HIS CANDIDATURE.