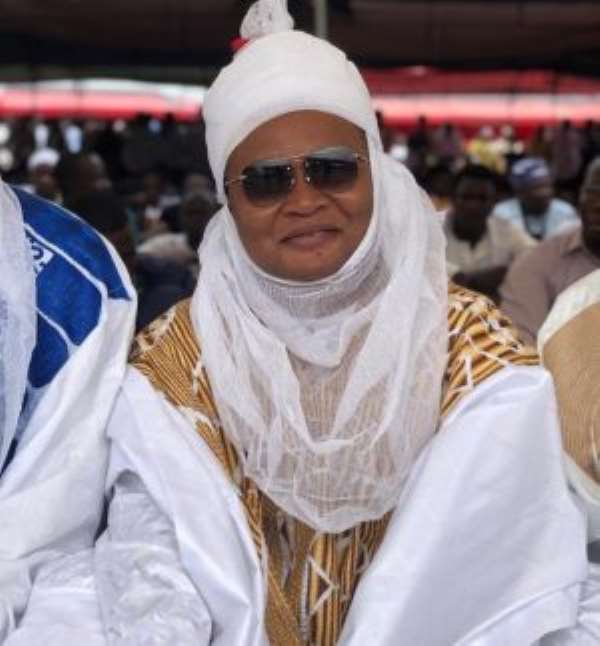 The Talba of Greater Accra Hausa Chief, Businessman and a Philanthropist, Sarki Alhaji Issaka Nettey has added his voice to the call by millions of Ghanaians who are condemning the establishment of Lesbians, Gays, Bisexuals and Transgender (LGBT) office in the country.

There has been a series of debates in the country on whether homosexuality should be legalized in Ghana following news that the LGBT advocates have opened an office to address the needs of its members in Ghana.

The government has come under fire from a number of Civil Society Organisations with the President being accused of subtly legitimising the activities of the LGBT in the country.

Alhaji Sarki Issaka Nettey called on Ghanaians to kick against it with the necessary force that will have to be applied adding that it is appropriate for all to ensure that the said office is closed down.

He said our culture and religious beliefs consider homosexual as an abomination hence the need to treat the establishment of office and legalization of LGBTQI as such.

Our constitution is also against all forms of homosexuality and it is punishable under the laws.

He further called on parents, guardians and school authorities to be extra careful with their children and monitor their movements in order for them not to be influenced by the LGBT community to get into such abominable act.

The Sarki Talba urged fellow chiefs, Imams and opinion leaders to offer a special prayer for the country for Allah's intervention and mercy.

He added that there is the need for Muslim clerics to make issues of homosexuality their main topic in preaching at the Mosques. This he said will help in creating awareness as well as put fear in people who will want to propagate the LGBTQI agenda in the country.

He also commended the government for ordering the National Security and the Police to close down the facility and called on the President to take decisive action on the issue.