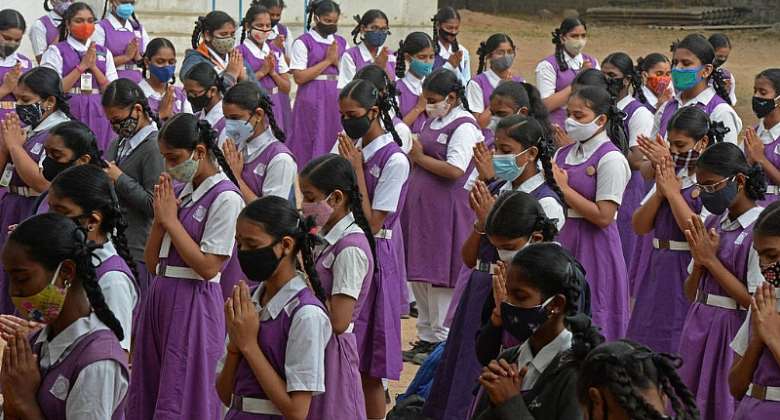 Two Indian women recently received one of the country's highest civilian awards for their efforts to rescue women branded as witches. However, a spate of ritual killings eclipsed the Independence Day honours, which had been intended to send a powerful official message against the occult and wizardry.

Chhutni Mahato of Jharkhand state and Birubala Rabha from Assam were awarded the Padma Shri on 26 January, as India celebrated the 72nd anniversary of the republic.

They were honored for their campaign against witch hunting, prohibited by law in only eight of India's 28 states.

“From 2000 I have been fighting their battle,” said 62-year-old Mahato, a rape attempt survivor who has rescued some 100 women declared as sorceresses in tribal-majority Jharkhand state.

Assam's 72-year-old Rabha is credited with the 2015 passage of a state law against the wicked narrative, where witch-hunters allegedly killed 23 people since 2016, media reported.

Some experts believe witch-hunting is a cover to grab land owned especially by widows.

Some2,500 people, mostly women, have been killed in organised witch hunts between 2000 and 2016, according to the government-run National Crime Records Bureau.

Prime Minister Narendra Modi's flagship policies include a tray of welfare programs for women and the girl-child.

But a string of reported human sacrifices cast a shadow on the 26 January award ceremony which was hailed as an effort to fight ignorance and superstitions.

Just days before the national event, a college principal and his wife, a teacher, bludgeoned and speared to death their two adult daughters in southern Andhra Pradesh state.

Police said the couple were delusional and killed in the belief their children would bounce back to life the next morning.

Social analysts such as Manisha Priyam argued the double killings cannot be just dismissed as a result of blind faith.

“When you harbour an Idea wherein you decide to smother the lives out of your own daughters; it is a deliberate act,” Priyam said.

And earlier this month, a pregnant woman confessed killing her six-year-old son in Kerala state to seek divine favours.

Last November in Assam, two men were held for plotting to kill four boys in the belief the sacrifice would lead them to a treasure trove buried in a garden.

“Many more people are capable of such behavior. They do not do it simply because they have got their own constraints,” he told Mirror Now TV.

Others blamed such acts on the “lack of public education on human psychology” in India.

“These are not only to be seen as influenced by the Babas and Gurus but also as psychotic reactions,” added Sanal Edamaruku,” President of Indian Rationalist Association.

“Some people are so vulnerable, so superstitious that they are ready to go into such things,” he said.

In 2018, eleven members of a family were found hanging in their working class home in capital Delhi.

Ten of them were found blind-folded with their hands tied. One had been fatally strangled.

“The family committed suicide in a thankful gesture to god,” Delhi police proclaimed in a statement.

Akufo-Addo going to IMF is not victory, it's a day of sadnes...
55 minutes ago