It is not in my Witness Statement---Mr. Johnson Asiedu Nketiah's argument double standard 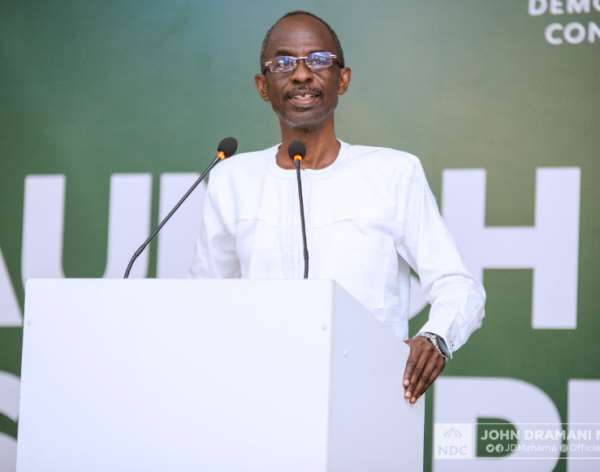 Mr. Johnson Asiedu Nketiah who stands in the witness box as 1st witness to petitioner Mr. John Dramani Mahama argues against being questioned from outside issues stated therein his witness statement.

Questioned by Counsel for 2nd Respondent Lawyer Akoto Ampaw if he (Mr. Asiedu Nketiah) recalls series of press conferences held with presidential results declarations made by his political party the NDC in favor of petitioner prior to the declaration by the EC (1st Respondent), he agrees to such press conferences yet decline that those could be sufficient for his cross examination or accurately relevant in the case pending before the Court.

Sadly, this same 1st witness Mr. Johnson Asiedu Nketiah declined to Counsel (Lawyer Justin Amenuvor) for 1st Respondent's suggestion that the figures so petitioned by the petitioner to have been padded by the EC (1st Respondent) in favor of the 2nd Respondent (Mr. Akufo-Addo) cannot be all conclusive. He argues that the figure totalling about 4,639 is but a sample filed to the court awaiting other padded figures they'll be speaking to, having subsequently brought same before the Court.

At one breadth, Mr. Johnson Asiedu Nketiah declines to be cross examined on things not stated in his witness statement or the petitioners petition. At another, he wants the Court to agree with him that figures not found in the petitioner's petition should be used other than what they have submitted in their petition and witness statements. Outrightly double standard isn't it?

We can't continue to be naked, let's produce our own covid-1...
13 minutes ago