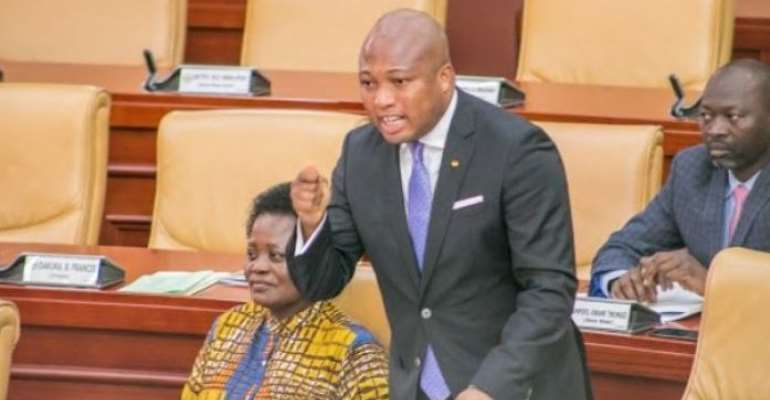 Member of Parliament (MP) for North Tongu, Samuel Okudzeto Ablakwa has said the work of the National Democratic Congress’ (NDC) Members of Parliaments' Appointments Committee in the upcoming vetting process of ministerial nominees shall vindicate its integrity.

This follows the referral of ministerial nominees to the Appointments Committee of Parliament.

In a post on Facebook on Saturday, 23 January, 2021, Mr Ablakwa said: “The conspiracy theories against NDC Members of Parliament’s Appointments Committee and the larger NDC caucus are most unfair, vexatious, malicious and downright offensive.”

The North Tongu MP noted that the NDC caucus in Parliament has demonstrated that it cannot be bribed.

Mr Ablakwa wrote: “We have demonstrated enough grit since the election of Speaker to prove to the world that we cannot be influenced by inducements neither are we pushovers. We are simply unbribable and absolutely impenetrable!”

According to the North Tongu MP, “the Ghanaian people didn’t bestow upon us these impressive numbers in Parliament only to use it for dirty deals with the forces of darkness. That will represent a betrayal of the people’s mandate in the most obscene and unconscionable terms.

“We are confident that our work on the committee shall vindicate our integrity.”

Mr Ablakwa emphasised that: “Yes, we shall not be a group of reckless obstructionists but we do not intend to serve as mere conveyor belts or jinxed accomplices either.

“May the Lord be our helper.”

President Nana Addo Dankwa Akufo-Addo’s list of ministerial nominations was on Friday, 22 January 2021, referred to the Appointments Committee by the Speaker of Parliament, Mr Alban Bagbin.

The Speaker directed the Committee to consider the list after which it will report to the Plenary.

The nominees are expected to be vetted by the 26-member Appointments Committee.

Thirteen members are from the governing New Patriotic Party (NPP) while the other 13 are from the main opposition NDC.

The nominees are also expected to be recommended for approval or disapproval at the end of the vetting process.