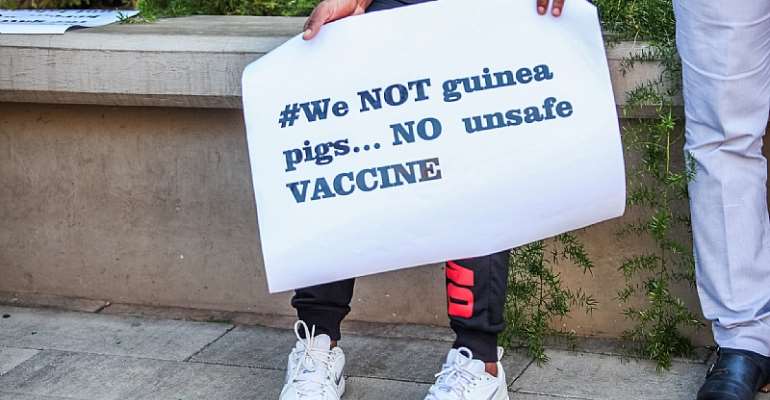 Yet concerns about vaccination – or what's known as vaccine hesitancy – persist. This isn't new: people have delayed being vaccinated, or point blank refused, since the first vaccines came off the production line.

In 2019, the World Health Organisation identified vaccine hesitancy as one of the ten greatest threats to global health.

This is understandable. Vaccine hesitancy poses significant risks for those refusing to be vaccinated as well as the wider community. For example, delays and refusals of vaccination make communities unable to reach thresholds of coverage necessary for herd immunity. This happens when a large percentage of the inhabitants of an area is vaccinated against a disease, making the spread of the disease from person to person unlikely. As a result, the whole community becomes protected, not just those who were vaccinated.

When herd immunity thresholds are not met, the risk of infection increases among susceptible individuals, leading to outbreaks of vaccine-preventable diseases .

Vaccine hesitancy has resulted in multiple vaccine-preventable disease outbreaks. These include the measles epidemics in Europe and North America between 2018 and 2020 . The polio vaccine boycott in Nigeria in 2003–2004 is another striking example.

Research on vaccine hesitancy in South Africa is still limited. But growing evidence suggests that it is becoming a problem .

South Africa has made important advances in a number of its immunisation programmes over the past 20 years . The danger is that it could begin to fall behind if people increasingly question vaccines, seek alternatives, or decide to postpone or reject vaccination – even when vaccination services are available and accessible.

Scientists and policy makers need to know the scale of the problem so that tailored and targeted strategies can be developed to address it.

In 2019 , more than half of vaccinators in selected healthcare facilities in Cape Town reported having encountered vaccine hesitant individuals at some point in their careers.

There were a number of reasons for the reluctance to receive childhood vaccinations. These included the fear of side effects, religious beliefs, and the need for natural immunity.

The healthcare workers said that the internet and social media were significant contributors to vaccine hesitancy among caregivers .

These findings were backed up by another study we did in 2019 in which we identified multiple misconceptions, conspiracy theories, and concerns expressed on Facebook about human papillomavirus (HPV) vaccination. HPV vaccination helps prevent cervical cancer and other HPV-associated diseases. At the moment, HPV vaccination is offered free of charge to grade 5 girls over the age of 9 years in public sector schools in South Africa.

Research stretching back over decades shows that there is a trend of a growing tide of misinformation and disinformation about vaccination on the internet. For example, there's evidence that there was an increase in the numbers of anti-vaccination webpages in South Africa between 2011 and 2013. Advertisements appeared on more than half of the web pages. And two-thirds of these were sponsored by or linked to organisations with financial interests in discrediting vaccines. Most web pages (93%) claimed that vaccines were not safe. Nearly 80% of the anti-vaccination claims originated from the United States of America.

Lots to be done

Measuring the scale of the problem accurately isn't easy. Most methods of doing this have been developed for high-income countries . These might not be appropriate for countries like South Africa.

In 2017, the vaccine implementation research portfolio at the South African Medical Research Council set about developing a vaccine hesitancy instrument. We wanted to develop a tool that would measure vaccine hesitancy in a South African context. We have refined the instrument and started field-testing among healthcare workers in Cape Town. After this, field-testing will be expanded to other population groups and areas in the country.

It's still early days but this tool is a key step towards measuring and addressing vaccine hesitancy in the country.

Nevertheless, vaccine hesitancy poses a serious threat to health efforts, particularly during a pandemic. It is pervasive, misinformed and contagious . Only a collective effort between parents, paediatricians, family doctors, public health officials, governments, the technology sector, and civil society will allow misinformation to be dispelled and confidence in vaccination to be enhanced.