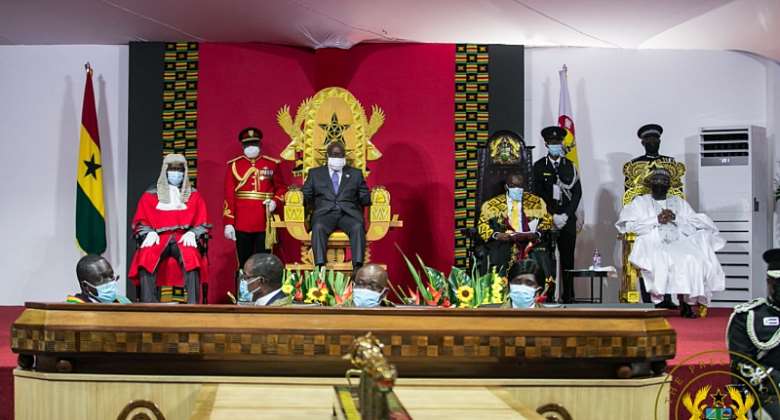 The emergence of Hon. Alban Sumana Kingsley Bagbin as the 8th speaker of Parliament of Ghana came to Nana Akufo Addo and the NPP not only as an accident but also, a heavy blow, to say the least. The widely held conception that the NPP had wished Hon. Bagbin's win, and that they welcome his win because it delights them is absolutely untrue.

Hon. Bagbin should be skeptical and never go into consensus building to entertain this reckless and focusless insensitive Nana Akufo Addo-led NPP government. If they needed consensus-building they would not have voted massively against him the way they did! The intra-party conflict masterminded by Nana Akufo Addo and his surrogates largely accounted for Hon. Mike Oquaye's lost.

One of those MPs who were being against by Nana Addo and his camp is the FOMENA MP, the independent candidate, who is now being acclaimed as the political Angel of our times by the NPP. What a Shame! Nana Addo had reiterated that he cannot work with an independent, saying, "ony3 NPP papa", meaning he is not a real NPP man. Today, he is hailed as the Godsent! With this public pronouncement by the NPP, it baffles one to believe that the president and NPP actually have principles that they are guided by as a party.

There is absolutely no guarantee that NPP has good faith in Rt. Hon Alban Bagbin! Never! To the extent that the NPP insisted that their MPs vote openly in support of Mike Oquaye as their speaker, and not secretly as espoused by the constitution, is more ample evidential justification of the fact that they never least trusted and wished well for Hon. Bagbin! We watch closely to see how the developments in parliament will unfold in the coming months. Hon. Bagbin owes his speakership and indeed victory to the NDC MPs largely, and not Nana Akufo Addo and his surrogate MPs.

The time has come that parliament must hold and discharge its constitutionally mandated functions without fear or favour! Parliament owes the good people of GHANA that singular honour to uphold the provisions as contained in the supreme book, and not to kowtow to the wishes and aspirations of men in this country.