Proposal from afar: reducing the number of ministries and making them more effective 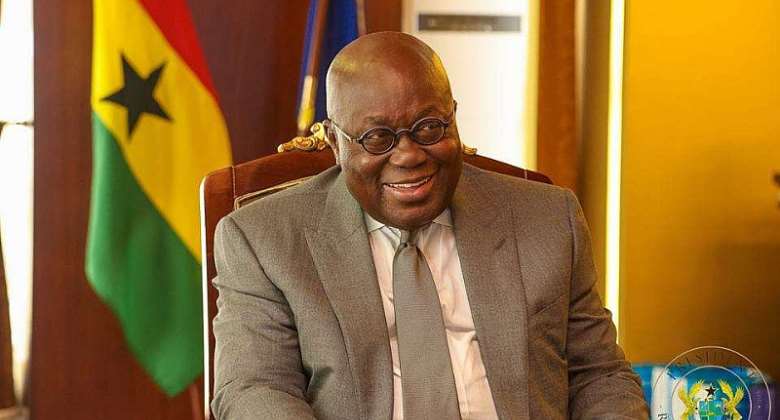 The President took office on 7th of January. As this is a continuation government, I expect that the inner circle of the President (all presidents have inner circles/kitchen cabinets) and the team have already identified their preferred candidates for the various ministries and government departments. It is not unusual for some of the minsters in the previous era to lose their jobs or be transferred to other ministries.

Changing ministerial portfolios is not only good to curb temptations of complacency, corruption, and innovation fatigue; it enhances the leadership skills and abilities of appointees. I propose that the number of ministries be reduced to 16 - don’t know the exact current number but I am confident that they are way past 16. I believe that, the proposals will align the core activities of ministries and boost delivery; strengthen oversight of their activities, and improve their scrutiny.

Each ministry is headed by a minister but the number of deputy ministers for each ministry should depend on the governmental agenda and focus.

Below are my proposals - Ghana government ministries:

1. Defence - with one deputy

2. Justice - with three deputies: to focus on justice accessibility and reforms ; prosecution, regulations and compliance; and government advice and compliance

Establish task force/commission to decentralise legal training. Ghana needs more lawyers. Retire the patronising quantity vs quality argument. This same old fashioned argument was invoked when medical schools were been mooted and later established in Kumasi and ,later, Tamale. The market will sieve the wheat from the chaff re.quality.

Establish a national prosecuting service. The police shouldn’t be law enforcers and prosecutors at the same time - manifest conflict of interest. This is why you need more lawyers. Democracies (and rule of law - human rights) thrive when law is accessible, clear, intelligible and administered in impartial and speedy way.

Interface with Health and Social Welfare

3. Interior - with two deputies. One to focus on crime and policing (and Police reforms), and prisons; another on national security and immigration et al.

Might need an agency specifically for children- promote children’s development, engagement and participation. There might be one already in existence, that I don’t know about

Interface with Health and Social Welfare

Interface with Labour and Human Capital

Interface with Business & Industry re. distribution

Interface with Environment re. exploration and exploitation

There are a number of already functioning agencies here

Interface with all ministries

Interface with Infrastructure Development and Transport re. distribution

Interface with Business and Industry re. commercialisation and distribution, and security and safety.

9. Foreign Affairs - with two deputies: one for Africa and Diaspora affairs ( given Ghana’s history and ambition)

Interface with Business and Industry re. commercialisation

Interface with Labour and Human Capital

Local Government Development and Improvement - support, regulate and inspect district assemblies to ensure uniformity in core functions and that they effectively fulfil their functions

Office of the Presidency

Ministries that need to be abolished

Information - what is the purpose of this? Subsume under Presidency (Communication Director/Spokesperson)

Railways - subsumed under Transport and Infrastructure subsume under Business & Industry

Aviation - subsumed under Transport and Infrastructure subsume under Business & Industry

Science and Technology - subsumed under Business and Industry; and Education

Policy Evaluation - subsumed under Office of President (Delivery and Evaluation)

There are other, equally, important agencies under the abolished ministries that might need to be transferred to the new ones, combined with others, or scrapped.

Declaration - I don’t know all the key agencies under each of the ministries to do justice to all. Other persons are well placed to advice on this.

I never said northerners are only fit to be running mates — ...
22 minutes ago