Tap in? America? Why I Decided to Tap Out... 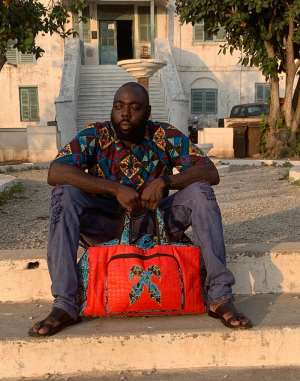 6 weeks away from my one year anniversary of leaving America and moving to the West African country of Ghana. I've watch the coronavirus pandemic from Ghana, I've watched the George Floyd protest from Ghana, and now I have v watched the storming of the United States of America capital building and the political and social fall out from Ghana.

I'm what some may call a Foundational Black American, or African Descendant of Slavery. I was born and raised in Harlem, New York City. I was born in Harlem Hospital, my parents are both from South Carolina, all 4 of my grand parents and all 8 of my great grandparents are from South Carolina. As far as we know we arrvived in the United States either from the slave ships, or we were already here prior to Columbus in 1492.

Similar to all of 2020, once again in 2021 I'm torn. I feel so much guilt to be so happy that I'm on the outside of the United States looking in rather than in America going through what I feel is racism as usual in the United States. I hate America. I love Harlem, I love New York City but I hate the United States of America. The toxicity, the racism, the hatred, the unfairness, the disbelief of the constant and blatant examples of the two America's we live in. The America Black Americans live in, and the America non Black Americans live in. As I'm on Clubhouse listening to discussions from my frustrated peers and mentors, for the first time I feel a disconnect from my fellow Black Americans. As I continue to heal in Mother Africa from the systematic oppression and racism my kin folk are still suffering from at home, I can't help but be thankful I am away from the madness.

I hate that I would have been shot dead if myself and hundreds of National Action Network, Nation of Islam, Black Lives Matter or even 100 all Black Guardian Angles members stormed into the Capital building. I hate that my ancestors spent nights in jail for breaking curfews protesting for equality, they were attacked by dogs, and firehosed only for wanting basic human rights. I hate that my peers as recently as a few short months ago were being tear gassed ironically for asking for the right to breathe. As of today, nothing has happened to the terrorist who stormed the capital. Just like nothing always happen to our terrorizers when Black people are harmed, nothing happened to these specific terrorist when our nation was attacked. White privileged is a mother you-know-what... Ask yourself, how easy would you give it up if you were them?