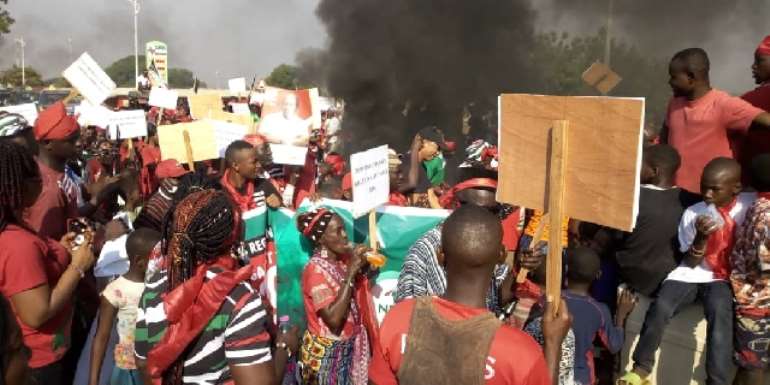 Several supporters of the opposition National Democratic Congress (NDC) have massed up at Damango, the capital of the Savanna Region today, Friday, 8 January 2021, to demonstrate against the Electoral Commission.

They protest the alleged rigging of the 2020 elections for President Nana Akufo-Addo and the New Patriotic Party (NPP). 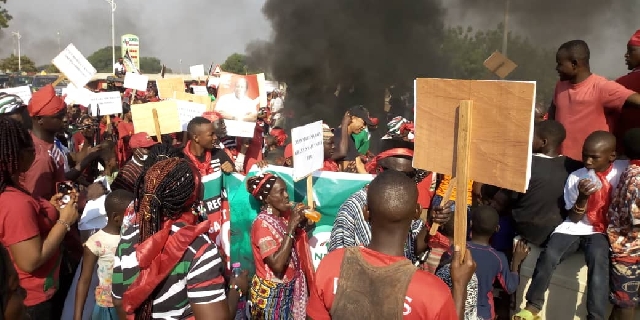 The demonstrators, clad in party colours, held placards and burnt car tyres as they walked through the principal streets of Damongo. 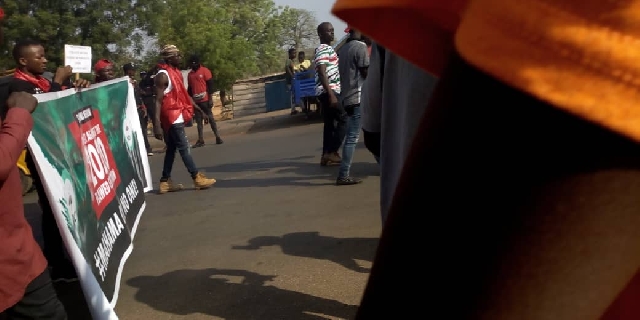 This is the latest in a series of protests that the NDC has embarked on since the Chairperson of the EC, Mrs Jean Mensa, declared the outcome of the just-ended December 7 elections. 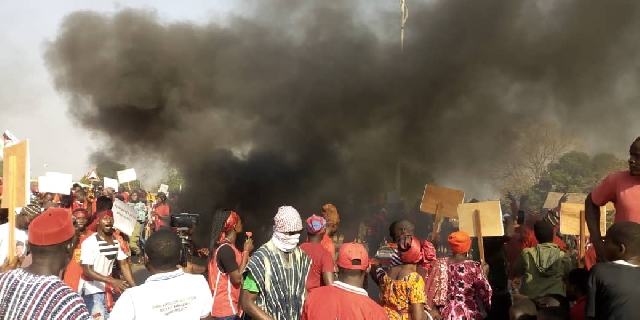 This comes a day after the incumbent, President Akufo-Addo, was sworn into office for a second term. 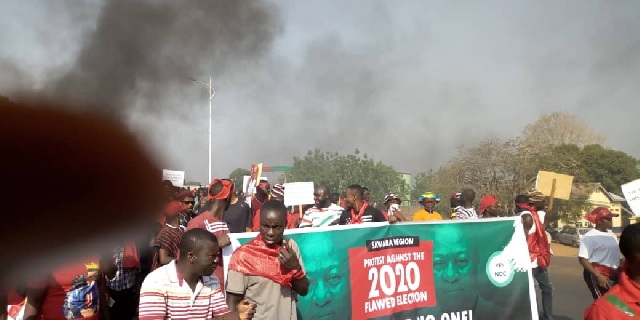 The NDC have publicly rejected the outcome of the elections. 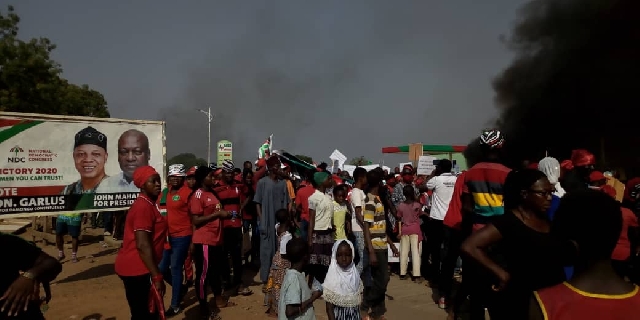 COVID-19: Ridge Hospital allowed us to bath our infected dea...
9 hours ago