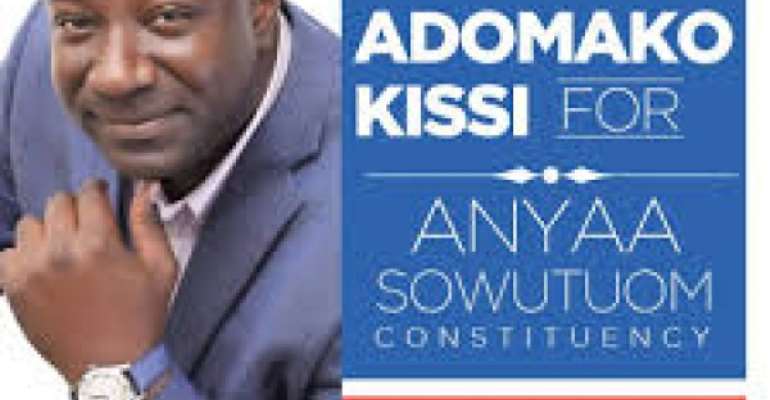 Dr Adomaku Kissi, the New Patriotic Party (NPP) parliamentary candidate for Anyaa- Sowutuom, has appealed to the electorate to vote for him in the December 7 election, to change the fortunes of the constituency.

He said when given the mandate, he would introduce innovative ideas that would transform the area whose residents were faced with challenges including drainage, access roads, education, among other pressing needs.

Dr Kissi made the appeal in an interview with the Ghana News Agency on the sidelines of a durbar of chiefs and opinion leaders at Anyaa, a suburb of Accra.

He said with his medical and economic background he would lobby for a municipal hospital in the constituency to alleviate the suffering of the sick who had to travel far to seek for health attention.

He expressed the hope of doubling the votes received by the outgoing Member of Parliament; Ms Shirley Ayorkor Botchwey in 2016 to enable the party retains power in the 2020 election.

In another development, the Patriotic Alliance Movement (PALM), a voluntary group has organised a health screening for about 500 people at Tabora, a suburb of the constituency.

Mrs Vivian Addo-Cobbiah, the founder of PALM said the mission of the group was to support the parliamentary candidate, who is also a member of the Movement to embark on outreach programmes to provide health services to the people.

She said the Movement has selected three of the Sustainable Development Goals (SDGs) - health and wellbeing, water and sanitation and education.

The PALM, which comprised of professionals such as doctors, pharmacist, and teachers, donated aprons, stickers, T-shirts, medicine and other items to the constituents, especially mothers.