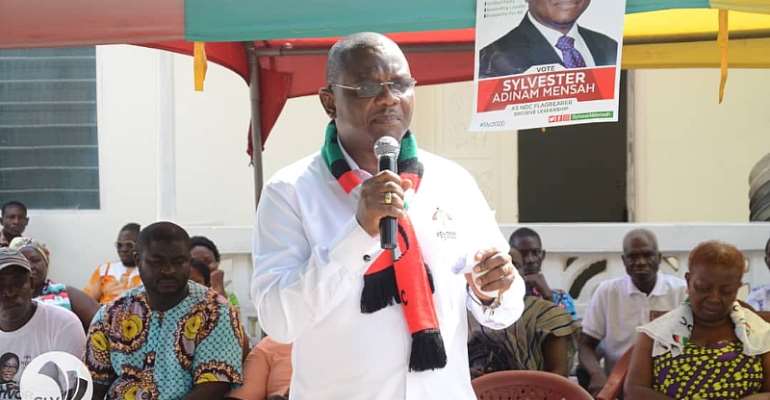 A leading member of the opposition NDC and a former Chief Executive Officer of the National Health Insurance Authority (NHIA), Sylvester Mensah says.

According to him, alternative polls have put the NDC ahead of the NPP in the December polls.

He was speaking after a recent poll by the Political Science department of the University of Ghana predicted a one-touch victory for President Akufo-Addo.

Per the survey, 51.7 percent of respondents said they will vote for the incumbent President Akufo-Addo while 40.4% opted for the flag bearer of the National Democratic Congress (NDC) John Mahama.

But speaking to Citi News, Mr. Mensah said the outcome of the survey is not credible.

“I am privy to more surveys that have provided more meaningful and realistic predictions. Those surveys rightly indicating the situation on the ground is a true reflection of the outcome on December 7 and it is purely putting the NDC above the NPP,” he said.

About 3.7 percent of Ghanaians are still undecided, according to the survey.