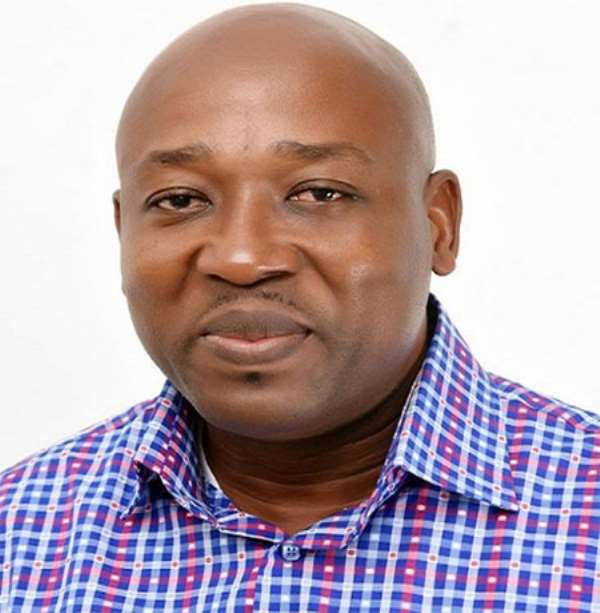 The people of the Volta Region have been advised not to fall for the deceit and propaganda that the National Democratic Congress (NDC) is a bonafide property of the region.

According to Makafui Woanyah, Volta Regional Chairman of the governing New Patriotic Party (NPP), such a notion and belief is not only erroneous but a dangerous lie being pushed down the throats of Voltarians by ethnic bigots parading as politicians.

He said such politicians who are mostly NDC, use this brainwashing tactics to win votes and enrich themselves at the expense of the entire region.

This thinking has led to the “one way” voting pattern for the NDC which has left the region underdeveloped since the fourth republic, he asserted.

Mr. Woanyah gave the caution in Keta at the induction of over 300 members of the NDC who had defected to the NPP in the Keta Constituency.

The event attracted a large crowd including NDC members who were unhappy about the development.

Addressing the crowd, the NPP Regional chairman noted that “Politics is not about tribe, religion, family, but development and forward movement.” To this end, a political party should have a national character, thus it should transcend all ethnic, religious, and social groups and associations, because development has no colour.

“A political party should not be a personal property of one ethnic group,” he stressed.

He said, currently the Presidential candidates of the NDC, John Mahama and that of the NPP, Nana Akufo-Addo are not Ewes so, why will some people claim that the NDC is an Ewe party.

He questioned “if indeed it was an Ewe party why was all the Ewes or Voltarians (Anita Desoso, Koku Anyidoho, Dan Abodakpi, Fred Agbanyo etc) who contested for national executive positions in the NDC not voted for?” However, after failing to elect Voltarians into the executives, the NDC turns round to tell the people in the Volta Region that the party is an Ewe party.

That is disingenuous, to say the list, Chairman Woanyah insisted.

He said instead of focussing on how much the NDC has developed its “so called world bank,” its trump card in the region as far as campaigning is concerned; has always been about ethnic affiliation and manipulations.

On the other hand, the NPP despite not receiving the same votes and love as the NDC in the region has proven time without number that its policies and projects transform the lives of everyone irrespective of the class, ethnic or social background.

He mentioned the national health insurance and the free SHS as two major policies that have benefited the people of the Volta region as many of the people are deprived.

He said whereas the NDC appointees in the region and Keta in particular have enjoyed very high positions of authority in the country, it has not reflected with development in the region, except their personal wealth.

However, anytime an appointee of the NPP gets the slightest appointment in government, he ensures something is done for the people.

He cited the late Courage Quashigah who was instrumental in the setting up of the Nursing and Midwifery Training School in Keta when he was Health Minister.

He said the NDC which claims to be an Ewe Party discounted the setting up of a port in Keta, however the NPP under the leadership of Nana Akufo-Addo has facilitated the issuing of an Executive Instrument to make the setting up of the Keta Harbour a constitutional requirement.

Appointment of a Director and feasibility has been done and work is commencing in addition to a landing beach for the fisher folks. “So per these developments, not to talk of the transformation Free SHS has brought to our schools and the restoration of nursing and teacher trainee allowances, who is a party of the Volta Region?” he queried.

Mr. Woanyah told the defected peolle that what they have done is akin to a taboo in the Keta area and hence will be vilified by their friends and relations, however they should be resolute because their decision to join NPP will be justified when Nana Addo and the NPP parliamentary candidate, Dr. Benjamin Sena Dzameshie won the December 7th elections.