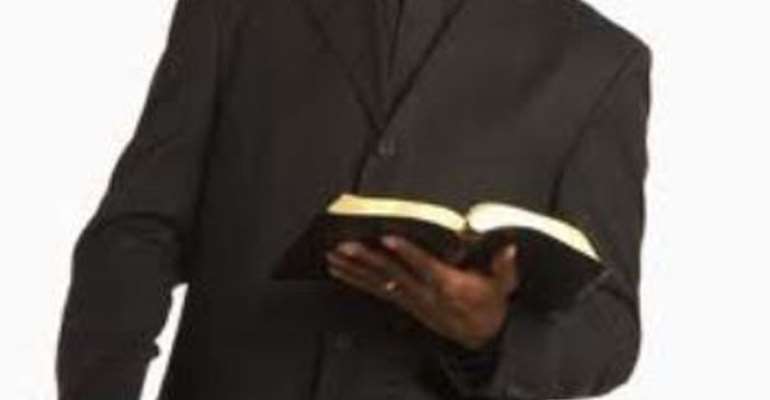 TRUE CHRISTIAN ministry comes from Christ Jesus, the Head and Owner of the Church. Christ Himself came into the world and ministered as the Good Shepherd, Great Apostle, Teacher, Evangelist and Prophet. He went about doing good, preaching the Good News of the Kingdom of God and healing people who were oppressed by the devil (Acts 10:38).

However, the Lord Jesus Christ knew that He would not live physically on earth forever to continue ministering to God the Father and humanity. He thus appointed 12 men, whom He organised, taught, nurtured, guided, comforted and directed; He helped them to grow up spiritually, mentally emotionally and educationally.

In fact, Christ played a more facilitating role in the growth of His disciples for them to be fit for ministry. He did that for the purpose of making sure that those disciples He called Apostles could qualify to minister in His stead and by that do greater works than He did.

The apostle Paul confirms this observation in his epistle to the church in Ephesus when he wrote: “And he (Jesus, the Christ) gave the apostles, the prophets, the evangelists, the shepherds and teachers, to equip the saints for the work of ministry, for building up the body of Christ” (Ephesians 4:11-12, ESV, emphasis mine).

Christ willingly gave the ministry gifts to men He personally appointed to serve or build His church. Now, these persons who are given ministerial roles as mentioned in the passage of Scripture above to equip, train or prepare the saints for the work of ministry are not bosses or chief executive officers; and they are not lords either.

They simply are servants. In other words, they are slaves of Christ. Paul wrote and introduced himself as: “…a slave of Jesus Christ, chosen by God to be an apostle…” (Romans 1: 1). Divinely chosen persons, who are also approved by the church like Paul, may theologically be referred to as ordained ministers.

In his book, “The Call To Serve: A Theological Reflection On Ministry”, Professor Emmanuel Asante asserts, “The ordained ministry involves persons who have been called by God and ordained in and by the church and thereby have been commissioned to a lifelong ministry to the church and to the world.”

He continues: “The ordained ministry has been instituted and enabled by the Holy Spirit to serve as the representative ministry which focuses on the manifold ministries of the whole church.” (Asante, 2002: 129).

Now, it is required of stewards that they are found to be faithful; so authentic ministers of God are not appointed to do what they like. They do what their Master, Christ, likes and commands. Paul J. Bucknell points out in an article that “We are good stewards when we understand and cooperate with Christ's purpose.”

And the Bible clearly states that the ministers of the ordained ministry are set in the church to “Shepherd the flock of God that is among you, exercising oversight, not under compulsion, but willingly, as God would have you; not for shameful gain, but eagerly; not domineering over those in your charge, but being examples to the flock…” (1 Peter 5: 2- 4).

Imbued with this knowledge and understanding, faithful servants of Christ, see it as a responsibility to equip Christian believers that are placed under their care in humility, knowing that they themselves minister by the grace of God.

To equip the saints essentially means to facilitate their spiritual growth to conform to the image of Christ. It is also to facilitate their mental, educational and emotional development so as to make them useful instruments to minister to God, fellow believers and the world.

Also, important in the ordained ministry's facilitating function is helping members of the church to discover and develop the special spiritual gifts they have been endowed with by the Holy Spirit to fulfill their ministries to God and humanity.

In 1 Corinthians 12: 1ff, a list of diverse spiritual gifts are presented as available for believers in Christ for the common good. The gifts are listed as “the utterance of knowledge”, “faith”, “healing”, “working of miracles”, “prophecy”, “ability to distinguish between spirits”, “various kinds of tongues” and “the interpretation of tongues”.

All these, and several others which were not listed in 1 Corinthians 12: 1ff, in the words of Paul, are empowered by one and the same Spirit, “who apportions to each one individual as he wills” (1 Corinthians 12: 11).

It is clear from this disclosure that ministry, as Professor Asante puts it: “is hardly limited to the ministry of the specially ordained.” He further states that “Ministry involves the church as a whole. The ordained minister, although his task may be different from that of others, does not work in isolation, but in cooperation with other ministries given to the church.”