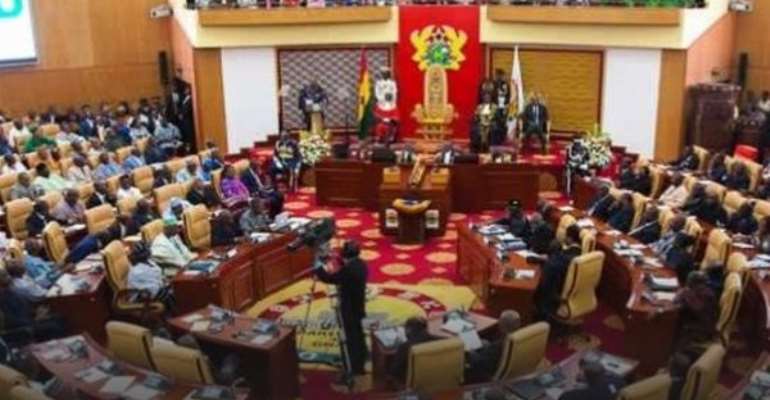 Ghana's Parliament has ratified three Mining Leases in respect to the Ada Songor Salt Project, following the adoption of a report of the Select Committee on Mines and Energy.

The first agreement is the Mining Lease Agreement between the Government, represented by the Ministry of Lands and Natural Resources, and Electrochem Ghana Limited, in respect of the Ada Songor Salt Project (Ada West Lease Area, Ada Songor).

The second Mining Lease Agreement is between the Government, represented by the Ministry of Lands and Natural Resources, and Electrochem Ghana Limited in respect of the Ada Songor Salt Project (Ada East Lease Area, Ada Songor B).

The third; Mining Lease Agreement between the Government, represented by the Ministry of Lands and Natural Resources, and Electrochem Ghana Limited in respect of the Ada Songor Salt Project (Ada East Lease Area, Ada Songor C).

The Leases were subsequently referred to the Committee on Mines and Energy for consideration and report to the House pursuant to Order 188 of the Standing Orders of Parliament.

Per the Lease Agreements, Electrochem Ghana Limited is granted the mineral rights to dig for mine and produce salt in the areas specified in the agreements for a term period of 15 years and it may be renewed after the expiration of the term, subject to the minerals and mining laws of Ghana.

The Committee noted that the national potential production capacity for salt was estimated at 2,330,000 metric tonnes out of which the area under consideration accounts for about 1.4 million metric tonnes.

“Meanwhile, the demand by the ECOWAS Sub-region alone is about three million metric tonnes and that of Nigeria is about 500,000 metric tonnes for its refinery industry. There is, therefore, the need for Ghana to provide the requisite incentive to attract private sector into the salt production industry,” the Committee Report said.

In the early 1970s some investors acquired lands at the Ada Songor area from various clans to produce salt. They subsequently acquired leases from Government in line with PNDCL 153 for their production operations.

However, due to conflict, which erupted between the people of Ada and the investors, the Government had to intervene, and in 1992 cancelled the 30-year mining leases granted to two companies, namely; Vacuum Salt Products Ltd and Star Chemical Industries Ltd.

After the cancellation of the leases, government established an entity to utilise the facilities of the Vacuum Salt Products Ltd to continue to produce salt in the interim while a permanent solution was being sought for the establishment of a more sustainable salt industry in the area.

Almost 30 years on, three of such entities, known variously as Task Force, Interim Management Committee and Caretaker Committee, have existed and a permanent solution has not yet been found.

Salt production has fallen due to both technical and managerial factors and about 10 per cent the original project area designated for salt production has been taken over by the community for artisanal purposes.