Impact Of Free SHS Will Be Visible In 10 years — Bawumia 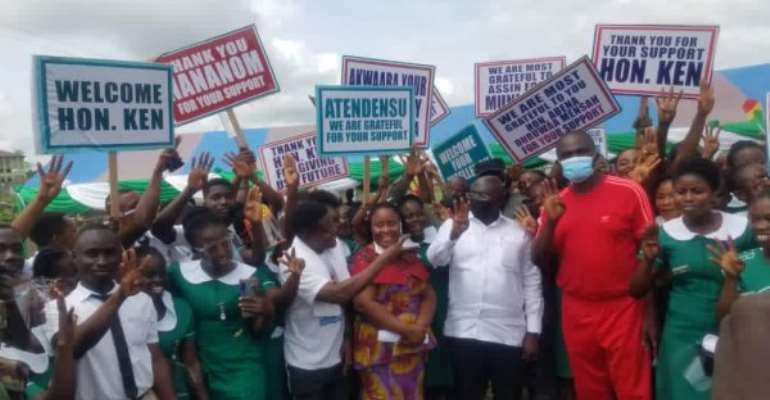 Vice President, Dr. Mahamudu Bawumia has said Ghana would be a different place when the country begins to realise the full impact of the free Senior High School (SHS) policy in 10 to 15 years to come.

“We might not see the full impact of the free SHS now, but in another 10 to 15 years, Ghana will be a different place, because we will have an educated workforce.”

The Vice President was addressing a colourful durbar of the chiefs and people of Afutuakwa Traditional Area at Assin Fosu.

“Our biggest initiative is the Free SHS policy. In 2016, we were told that it was not going to be possible, but with prudent economic management, we have been able to do it”, he added.

Dr Bawumia believed that the December 7 elections would be a determinant of the country's future and advised Ghanaians not to make a mistake of bringing back the NDC, stressing that, the NDC had an abysmal record of managing the economy.

The Vice President said the NPP had a track record of managing the economy better and as such President Akufo-Addo led administration had proven itself in the last four years worthy of another four years.

He therefore implored Ghanaians to vote for the NPP to continue the implementation of its numerous developmental policies to keep the growth of the country going.

Dr Bawumia referred to the tenure of Former President Kufuor when he introduced a number of interventions to fix the financial crisis it came to meet.

The interventions, which he left behind included; the National Health Insurance, free maternal care, National Youth Employment, Capitation Grant, School Feeding and Metro Mass Transit, but the NDC government messed up everything, he added.

He said dreams of many brilliant students were shuttered in the past simply because of their parent's inability to pay their school fees and implored the members of the NPP to drum home the good works of the party and work hard to ensure a convincing win for more progress and development.

Nana Kutsin Amoah III, Assin Abakomahene of Afutuakwa Traditional Area appealed to the government to address the deplorable state of roads in the Assin enclave.

“We are grateful for the good work you have done. We are solidly behind you. We are giving you four more, but do not forget about Assinman. I can assure you that victory will be yours come December 07”, he said.

He also appealed to the government to turn the Obiri Yeboah SHS into a model school.

Earlier, the Vice President interacted with staff and students of Assinman Nursing and Midwifery College, where he promised to facilitate the accreditation process of the school.

He also promised to provide the school with a bus, laptops and other logistics to facilitate teaching and learning after the Principal of the school, Mrs Ophelia Nkrumah had laid their challenges before him.