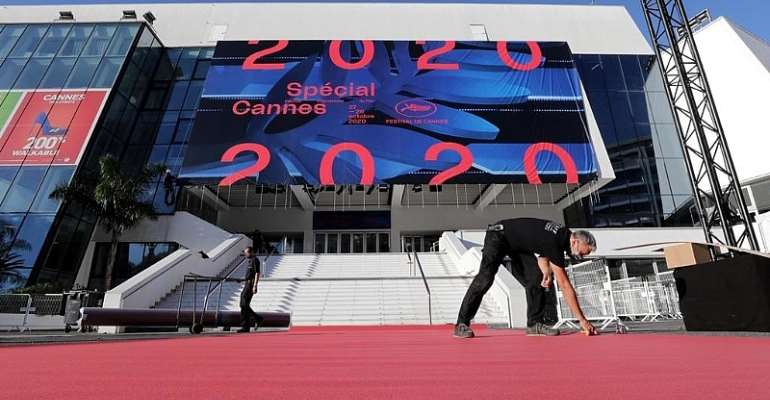 The symbolic Covid-19 edition of the Cannes Film Festival, which opened on Tuesday, came to an end hours after the terrorist attack at Notre Dame Basilica in neighbouring Nice. The festival paid tribute to the three victims of the knife rampage, before handing out the 2020 Palm awards.

A total of eleven international short films, ranging from fiction, animation and documentary, were in competition at the 2020 mini Festival de Cannes, after the main event in May was cancelled due to the Covid-19 crisis.

At the end of the three-day festival, the Golden Palm for Best Short Film was awarded to the Egyptian film I'm afraid to forget your face by Sameh Alaa.

The symbolic Cannes festival, which opened with the screening of Emmanuel Courcol's film Un triomphe, ended hours after the attack on the Notre-Dame Basilica in Nice, which left three people dead.

A minute's silence was observed to pay respect to the victim, and a black carpet replaced the traditional red on the steps of the Palais des Festivals.

A total of four films, two of them French, were screened. Among the two foreign films: Asa Ga Kuru (True Mothers) by Japan's Naomi Kawase, and Dea Kulumbegashvili's Georgian debut film Beginning, which took honours at the San Sebastian Film Festival in Spain in September.

Cinemas are to close during the "reconfinement", but filming will be allowed to continue.

The Cannes team has already begun preparing the 2021 edition, and producers and distributors have already extended their support.