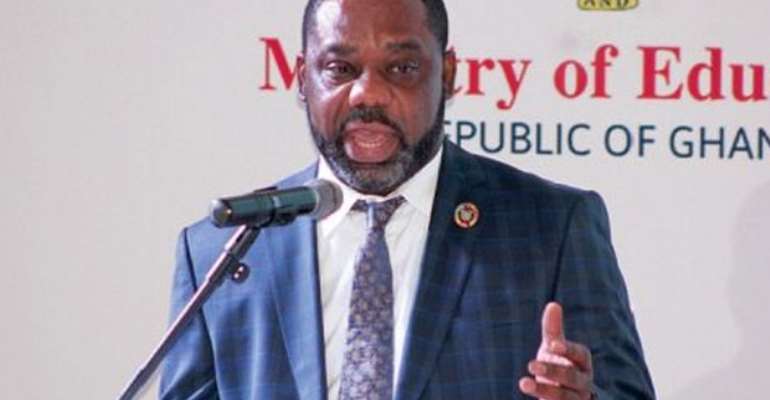 The Minister of Education, Dr Matthew Opoku Prempeh aka Napo has stated that Ghana as a country cannot make any socioeconomic progress if former President John Mahama who is leading the opposition National Democratic Congress (NDC) Into the December 7, Polls, is elected as President.

According to him, if Mahama is elected, erratic power supply popularly known as dumsor, and graduate unemployment will return, among other economic challenges.

That, he said, was because Mr Mahama's current campaign promises when compared to promises he made in 2016, shows that he is not thinking forward but rather moving backward.

The Minister made the remarks in a presentation at the 6th edition of the Information Ministry's Nation Building Updates held at the Academy of Arts and Sciences.

The Updates was under the theme: “The Teacher at the Centre of Quality Education.”

According to him, “this is what he (Mahama), (October 2016) I will create three million jobs in my second term. Let's see what he said in July 28, 2020, I will create one million jobs at the end of my term. When it was 2016, you said you will create three million more jobs. When Ghanaians are giving birth more and the population is rising, you are going to create (one million jobs). So it tells you when he comes, dumsor will come. It tells you when he comes, there will still be unemployed graduate teachers association because he doesn't intend to go forward.”

He stated that if he could Promise in 2016 he will provide three million jobs, in 2020, he should be taking about five million jobs.

In Nana Akufo-Addo's government, more jobs have been created than Mahama is evening promising to do.