Paltry Ghc700 NABCo Salary Is Slavery — US Based Lecturer Claims 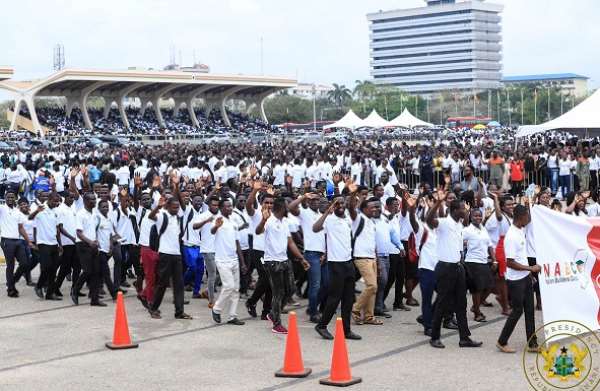 A US based lecturer Dr Sa-ad Iddrisu has described as paltry the Ghc700 paid beneficiaries of the Nation Builder’s Corps (NABCO) as monthly salary.

He said the amount being paid to the beneficiaries is the highest form of slavery under President Akufo-Addo and his New Patriotic Party(NPP) administration.

"What is being offered under NABCO as salary is slavery in disguise under the watchful eyes of the President who is touting NABCO as one of his achievements in finding ready jobs for the teeming unemployed graduates," he stated.

According to the US-based lecturer, the NDC led by former president John Dramani Mahama and his running mate, Prof. Jane Nana Opoku-Agyemang, will free these teeming youth from the slavery they are enduring under NPP’s NABCO.

Dr Sa-ad Iddrisu took to his Facebook page to announce NDC’s rescue mission for the youth and urged them to vote massively for John Mahama and the NDC in the coming December 7 elections.

"Today how much does Trotro fare, food and rent cost under the NPP’s four years administration to warrant a salary of Seven Hundred Cedis a month," he quizzes.

Dr Iddrisu has assured that the NDC will do everything humanly possible to rescue the NABCO beneficiaries whom he claims are suffering in the name of serving the nation.

He further called on the youth to vote for the ‘Big Push’ come December 7, for sustainable jobs.