Conflans attack: A teacher at 'the very heart' of his profession 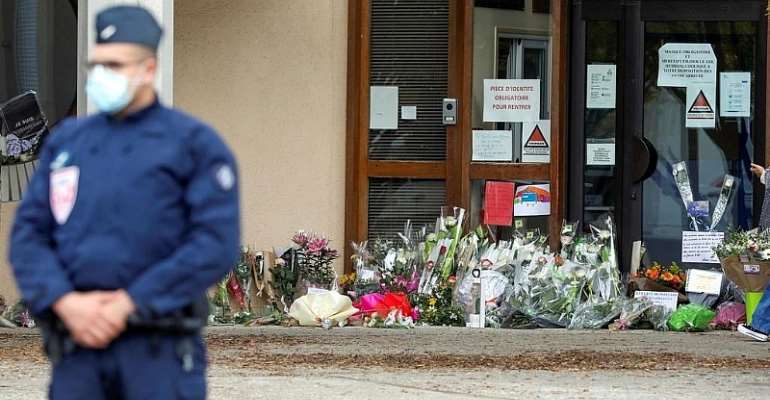 As a teacher, Samuel Paty provoked the ire of the parents in a secondary school in the west of Paris for using cartoons of Mohammed in one of his classes.

Dedicated teacher
Paty was a teacher who was “the very heart of his profession", those who knew him told French new agency AFP.

"When I saw a teacher had been involved in the Bois d'Aulne  beheading, I made the direct link: it's Mr. Paty,”  said Martial, 16, who ran to the school with friends as soon as he heard the news,

The high school student remembers  his 4th grade history and geography teacher in this quiet school, located in the heart of a suburban neighbourhood.

"At the beginning of the year he introduced himself. He said [he had been] in Créteil" in another college "and that he came because his wife had been transferred for his work", recalls the young man.

Committed to students
The father of the family, in his forties, was known for his commitment to his students. "He was very committed to his job," which he "loved very much," says Martial. "He really wanted to teach us things. From time to time, we would have debates, we would talk.”

Samuel Paty was beheaded in a street near the college, around 5:00 pm. As soon as the school vacations began, the attacker - an 18-year-old Russian Chechen - threw himself on him, before being shot by the police a little later.

Emmanuel Macron, who went to the scene on Friday evening, denounced a "characteristic Islamist attack" and called on "the entire nation" to unite behind the teachers to "protect and defend them". A national tribute will be paid to him.

Mohammed caricature
According to the early investigation, the teacher had shown his eighth-grade students a caricature of Mohammed  last week.

A report had reached Rodrigo Arenas, co-president of the FCPE, the parents' association, because of the tensions caused by this initiative among some parents.

According to someone close to the case, an outraged parent had filed a lawsuit against Samuel Paty, who in turn filed a defamation suit against the parent.

Moral and Civic Education
The victim would have, according to another teacher, "invited Muslim students to leave the classroom" before showing a drawing of the crouching prophet with a star drawn on his buttocks and the inscription "a star was born".

"He did this every year," said Virginie, 15, who knew the teacher. "It was in the program for the EMC (moral and civic education), it was to talk about freedom [of speech] in relation to the Charlie Hebdo attack. He showed these images, the cartoons," the young girl says.

At the school, parents and teachers paid tribute to Paty, who was said to have been widely liked and himself a father.

Paty's former student Martial, 16, said the teacher loved his job: "He really wanted to teach us things -- sometimes we had debates."

Another student Tiago said he saw Paty on the day he died. "He came to my class to see our teacher. It's shocking that I won't see him again."

In a tweet, Charlie Hebdo expressed its "sense of horror and revolt" at Friday's attack.

Police went to the scene after receiving a call about a suspicious individual loitering near the school, a police source said.

They discovered the dead man and soon spotted the suspect, armed with a blade, who threatened the officers as they tried to arrest him.  They opened fire and he later died of gunshot wounds.