Who says Ghanaians didn’t use their ‘gumption’ in 2016? 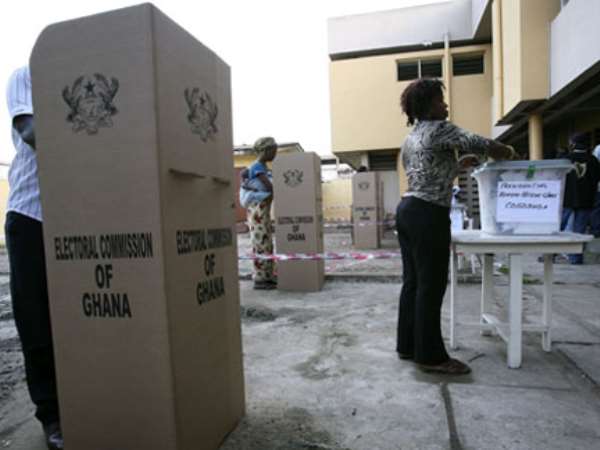 I struggle to hide my arousing disgust whenever I hear NDC faithful gleefully scolding the NPP government led by President Akufo-Addo for allegedly promising to deliver Heaven to Ghanaians during the 2016 electioneering campaign but rather delivering Hell.

Apparently, some brassbound NDC supporters, with unabashed condescension, have been pontificating somewhat fecklessly that unlike the 2016 general elections, Ghanaians will most likely use their brains instead of their thumbs in the 2020 general elections.

I, for one, cannot get my head around how and why anyone can be so patronising. What have Ghanaians done to deserve such naked insults?

Interestingly, the NDC fanatics are claiming somewhat ponderously that the ruling NPP government deceived the unsuspecting electorates just to win power and amass wealth at the expense of the poor and the disadvantaged. How pathetic?

Ever since the NPP government took office, the seemingly unhappy members of the umbrella fraternity have been stressing somewhat bizarrely that Akufo-Addo and his appointees are performing below the acceptable standards because they promised too much and they can’t deliver.

In fact, I find it extremely difficult to comprehend how and why anyone claiming to be a credible socio-economic analyst can venture to stress that the Akufo-Addo’s government has not been implementing its Manifesto promises.

The fact however remains that since assuming office, the NPP government has rolled out an encouraging number of its Manifesto promises, including some flagships policies and programmes.

In addition to the reduction of numerous nuisance taxes, the Akufo-Addo’s administration has implemented Free SHS, One District One Factory, One million per Constituency, One Village One Dam, Planting for Food and Jobs, Planting for Export and Rural Development, Rearing for Food and Jobs, National Builders Corp (NABCO), Restoration of Nurses and Teachers Allowances, amongst others.

With all due respect and no attached condescension whatsoever, the teeming supporters of NDC must stop living in a denial, engage in serious introspection, and accept the painful fact that the erstwhile NDC administration terrible errors in decision-making which sent Ghana’s economy deeply into the mire to some large extent, caused their humiliating 2016 election defeat and not any juicy promises by their political opponents.

I have always maintained that whenever the so-called political communicators keep holding on to vague rhetoric and political gimmicks with a view to misinforming the unsuspecting public, it gives some of us the energy and reason to deflate the obvious misconception.

Whatever the case, it is extremely unreasonable for anyone to expect a government that has been in power for less than four years to honour all its Manifesto promises.

After all, wasn’t Ex-President Mahama who strangely claimed that they, (NDC government), had edaciously consumed all the meat on the bone?

Former President Mahama, so to speak, was alluding to Ghana’s unprecedented economic collapse as a result of mismanagement and rampant corruption under his watch.

It is, therefore, extremely bizarre to keep hearing and reading from the same people who wilfully collapsed the once thriving economy shouting from the roof top about the supposedly slow pace of development, just under four years of NPP government assuming power.

How could individuals who revoltingly throw Ghana’s economy deeper and deeper into the mire in eight years turn around and accuse the NPP government of not turning things around quickly in just under four years in office?

In fact, it was the same NDC government that spent excessively and above its means, and, in the process needlessly increased our total debt from GH9.5 billion in 2009 to GH122.4 billion as of December 2016.

This means that there was virtually no money left in the national purse for the incoming NPP government to turn things around quickly.

It is, therefore, quite unreasonable for the brassbound NDC supporters to expect the NPP government to keep its entire Manifesto promises within a short space of time.

Suffice it to stress that despite all the economic mess left by the erstwhile Mahama’s administration, the current NPP government under the able leadership of President Akufo-Addo has commendably undertaken a number of social interventions.

It is also worth reminding the NDC faithful that in spite of the huge economic mess created by the outgone NDC government amid stunted economic growth, the Akufo-Addo’s government, before the insidious coronavirus, efficiently raised the economic growth from a nauseating 3.4%as of December 2016 to around 8.6% and reversed the inflation rate to around 7.5% from a little over 15%as of December 2016.

Indeed, but for the pernicious coronavirus, President Akufo-Addo and his government would have fulfilled all the promises.

Let us, therefore, remind the sceptics that there are uncountable NDC’s broken Manifesto promises in the past. But the one that has stencilled on discerning Ghanaians mental sheets to date, is the one-time NHIS premium.

That Manifesto promise, so to speak, was destitute of honesty and integrity. So, who says that the NDC is an honest party?

It would be recalled that prior to the 2008 and 2012 general elections, Ex-President Mahama and his NDC made a number of Manifesto promises to Ghanaians. But as to whether they honoured those promises, is a million dollar question.

It goes without saying that the NDC solicited votes from Ghanaians, and, in exchange, they guaranteed everyone protection of life, property, provision of social amenities, better socio-economic standards of living and to a certain extent liberty.

Dearest reader, if you may recall, during the 2008 and 2012 general elections, the NDC Party gave a cornucopia of Manifesto promises, including one-time NHIS premium, free SHS, ‘making dumsor a thing of the past, putting money in Ghanaians pocket, creating more jobs for the jobless, stabilising the economy, protecting Ghanaians from the menaces of galamsey and Fulani herdsmen, bringing an end to dubious judgement debt payments, fighting the rampant sleazes and corruption amongst others.

Regrettably, though, after giving all those richly interesting, albeit unrealistic promises with a view to deceiving Ghanaians for their mandate, the NDC government, as expected, woefully failed to honour the promises, and, consequently, a total of 55.6 per cent (44.4 for Mahama) of the electorates rightly voted them out of power in 2016.

In retrospect, the NDC government failed terribly to initiate expedient policies to overturn the failed policies of agriculture, poverty reduction and resource allocation in the areas of healthcare, education, finance, supply chain management and security sector planning, amongst others.

Thus, it is quite ironic that despite all the harsh economic conditions amidst corruption allegations (Bus branding, Brazil World Cup, SADA, SUBA, GYEEDA, SSNIT, NCA, Ford Expedition Vehicle, amongst others), the NDC loyalists can still go ahead and aim accusing fingers at the NPP government of promising the electorates heaven which led to NDC’s humiliating 2016 election defeat.

Based on the preceding facts and figures, it would be somewhat disingenuous for anybody to claim that NDC is an honest party that can steer Ghana to the right direction.

As a matter of fact, the NPP faithful didn’t feed the electorates with a cocktail of lies as the NDC faithful would want us to believe. But discerning Ghanaians rather stencilled the dreadful errors in decision-making on their mental sheets and waited for an opportune time to teach the clamorous NDC ‘Babies with sharp teeth’ (as Rawlings would describe the vociferous communicators) a great lesson.

So, who says that 7th December 2016 was not the right time for the good people of Ghana to vent their spleen on the power intoxicated geezers?