Let's _not_ talk about sex: insights into how Kenyan parents talk to their teens 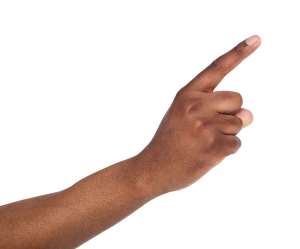 Parents can play an important role when it comes to educating their adolescents about sexual and reproductive health. Studies have shown that open communication between parents and adolescents can lead to delay in sexual intercourse and promote positive relationships and safe sex.

However, studies in sub-Saharan Africa also show that many parents don't know much about issues related to sex and aren't comfortable engaging with adolescents on these matters. Often, where parent-child communication occurs, it is limited to encouraging abstinence.

To do this, we carried out a study in Korogocho, an informal settlement in Nairobi, Kenya. The study focused on communication between 32 parents and 30 adolescents (both boys and girls) aged between 11 and 13  years.

Findings from our study provide insights into the need for sex education programmes for parents. This would equip them with the knowledge they need to support their children with accurate, timely and age-appropriate information.

It's important to address this issue because adolescents in Kenya are susceptible to poor sexual and reproductive health. For instance, in 2014 about one in every five adolescent girls had been, or was, pregnant. Adolescents are also very vulnerable to HIV. One in three new HIV infections occurs among this group.

Poor sexual and reproductive health can result in physical and socio-economic problems. For example, many girls who get pregnant drop out of school, which may have long-term implications for their ability to get well-paid jobs.

This is all a consequence of limited access to adolescent-friendly services , taboos around openly discussing sexual matters and often conflicting, inaccurate or ambiguous messaging . This restricts the ability of adolescents to make informed decisions about their health and well-being.

Equipping parents with the right information on what to talk about, and how to talk about it, is a key step in addressing this major health challenge.

Korogocho is one of the most congested informal settlements in Nairobi. It has high crime rates, insecurity, unemployment, overcrowding, and limited access to health services.

We focused on an informal settlement because there's evidence that adolescents living in these contexts are disproportionately exposed to poorer health outcomes than those living elsewhere. This includes earlier sexual debut, higher rates of teenage pregnancies and unplanned pregnancies, and higher HIV prevalence .

The lack of appropriate engagement between parents and their children could be a factor in this.

We found that most parents thought 18 years was the most appropriate age to talk about issues around sex. They considered anything younger than this as too young for romantic relationships and discussions about sex.

When conversations did happen, the timing was reactionary, often triggered by a prior event in the neighbourhood, such as a young girl being pregnant. This suggests that the conversations may be a one-time occurrence that is unlikely to encourage open and regular discussions about sex and other related topics.

The content of the conversations was also limited. Rarely were topics such as condom use, contraceptives, pregnancy prevention (except abstinence), and the prevention of sexually transmitted infections discussed. Instead parents often simply discouraged adolescents from having sex, noting the negative consequences of being sexually active.

The communication also tended to be one-sided, authoritarian, fear-based and parent-initiated. Parents packaged information about sex from a risk perspective. This communication approach discouraged adolescents from disclosing their relationship status for fear of physical, verbal and emotional abuse. This would include physical beating, getting chased away from home and having their education discontinued.

Finally, we found that there were gender differences in communication: more girls than boys talked to their parents about romantic relationships. Similarly, more parents had conversations about sexual relationships with their daughters because they felt the girls were more vulnerable to sexual risks.

Leaving boys out is a serious issue – it limits their access to information and may heighten their likelihood of engaging in risky sexual behaviours, catching sexually transmitted infections, early fatherhood, and sexual violence.

There is a way to address these challenges.

There are sex health programmes – such as Familias Fuertas in South America, and Families Matter in Kenya – which have shown that providing parents with the skills and information they need makes them more comfortable and confident when it comes to addressing issues of sex with their children.

Finally, conversations about sex need to begin early – from about five years – and should be age-appropriate and based on factual information . This timing gives young people the necessary tools and skills to make informed decisions.

Beatrice Maina works for the African Population and Health Research Center. Beatrice is a PhD candidate at the School of Public Health, University of the Witwatersrand under a fellowship from the Consortium for Advanced Research Training in Africa (CARTA)