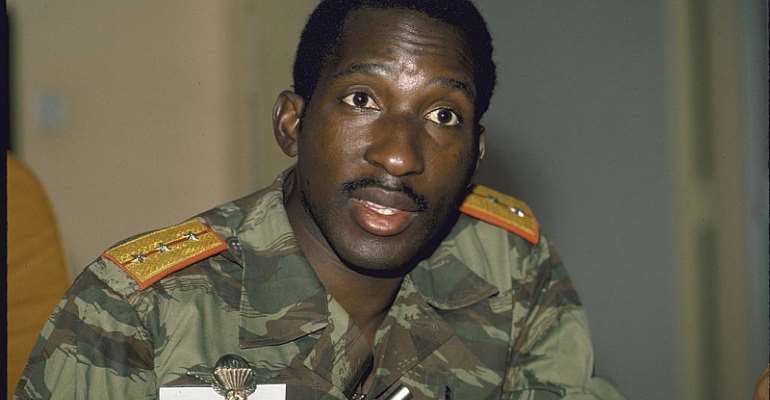 Thirty-three years after charismatic Burkina Faso leader Thomas Sankara was assassinated in a coup d'etat, his murder is being referred to a Ouagadougou military court, according to lawyers.

"The investigating judge in charge of the case issued his order for referral to the control chamber of the Ouagadougou military court, which notified the lawyers of the different parties", according to Sankara family lawyer Bénéwendé Sankara, one lawyers from the Sankara family, on the 33rd anniversary of his death.

Sankara, considered the “father of the revolution” and revered not only by many Burkinabés, but those who believe in his Pan-African socialist ideals.

"This order makes it possible to affirm that sufficient elements have been gathered to allow holding a trial on the tragic events of 15 October, 1987," said lawyer Sankara.

A reconstruction of Sankara's assassination was held in February at the scene of the crime at the headquarters of the National Revolutionary Council (CNR).

Burkina Faso suffers from culture of 'the other'

“May those who committed this crime answer for their acts before justice. May the Burkinabè people be relieved of this cover of ignominy that they have been wearing since 1987 in the eyes of the world, ", said Ismael Kinda, spokesperson for Balai Citoyen, a civil society organization which claims to be based on the Sankara ideal.

Known as the “African Che”, Sankara took power in a coup in 1983, becoming president. He was killed four years later, aged 37, during another coup, where his comrade Blaise Compaoré rose to power.

Compaoré, who ruled Burkina Faso for 27 years, was overthrown in October 2014.

A court case was put forth by the democratic transitional government and an arrest warrant issued against Compaoré in March 2016.

The former president lives in neighboring Cote d'Ivoire and has obtained Ivorian nationality, so cannot be extradited.

Others are also mentioned in the case, including former chief of staff, General Gilbert Diendéré, who had already been sentenced for his role in the September 2015 putsch. Some 23 people, primarily former presidential guard soldiers, are being prosecuted for "attack on state security", "assassination", "forgery" and "concealment of corpses".

French President Emmanuel Macron promised during a 2017 trip to Burkina Faso that all French documents concerning Sankara's assassination would be "declassified".

Sankara family lawyers have indicated that a large amount of documents have been sent to the Burkinabé judges, without indicating what they contain.

Don’t give me reason to close down schools again – Akufo-Add...
26 minutes ago