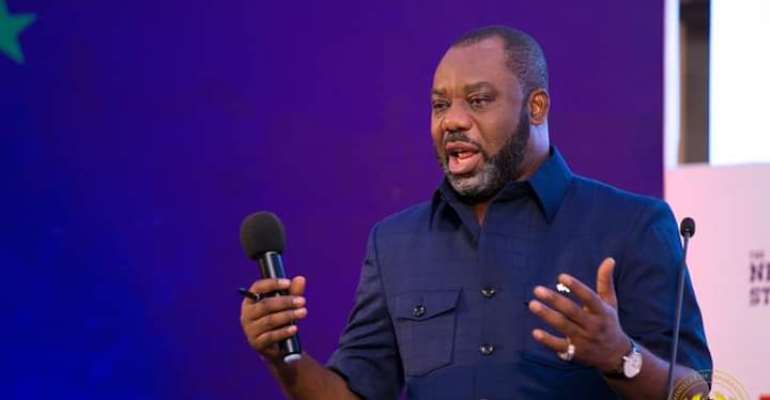 Education Minister, Dr. Matthew Opoku Prempeh has announced that no student in the tertiary schools will pay utility bills from the beginning of the 2020/2021 academic year.

The Minister relayed the government's decision at the third series of government's Nation Building Update in Accra.

Speaking to Citi News after the event, Dr. Opoku Prempeh said this is part of the government's initiative to make tertiary education accessible to all and ease the financial burden on parents.

“Another policy that Nana Akufo-Addo has done is that no tertiary student pay utility bills. University students paying utility bills never exist but started during the dumsor era when they needed support in 2013. Someone came at a time and said if people want to go to university, they should pay bills. Now, the policy of the government is that from the coming academic year, no tertiary institution or university should charge or levy students with utility bills.”

The program was held on the theme, “Investing in Education, Investing in the Future,” which allows the various Ministries, Departments and Agencies (MDAs) to provide detailed accounts of their stewardship.

The Minister disclosed that over 800 million dollars have been invested in the education sector since the year 2017.

He indicated that the investments were made in infrastructural development, equipping of schools, and capacity building for teachers adding that the government is committed to transforming the education sector.

“Over $800 million has been committed for infrastructure, equipment and capacity building of the teachers on the new curriculum called Competency-Based Curriculum. The money is also in different project and one of the projects is being handled by a Ghana-China partnership, upgrading all the technical universities,” he said.

Dr. Matthew Opoku Prempeh said there is a Bill before Parliament for the creation of a National Vocational Training Education and Service which seeks to place more emphasis on skills development.

The Minister for Education, Matthew Opoku-Prempeh, continues to tout the government's achievements in his sector, outlining various policies instituted to enhance teaching and learning outcomes.

Six die in accident at Hemang after car crashed into wrongly...
23 minutes ago