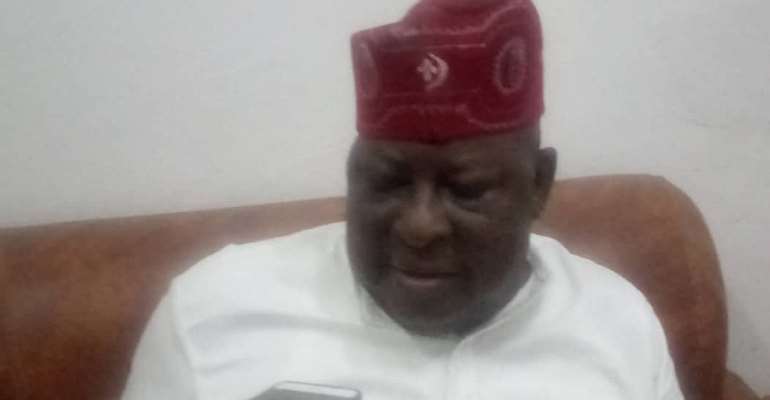 The Northern Regional Chairman for the opposition National Democratic Congress (NDC), Alhaji Ibrahim Mobilla, was upbeat his party will snatch eighteen seats in the region in the upcoming December General Elections.

Speaking exclusively to these reporters in Tamale, Alhaji Ibrahim Mobilla, promised to work hard to ensure the NDC sweeps eighteen out of nineteen seats in the region.

According to him, the ruling NPP will lose woefully in the forthcoming polls. He advised NDC faithfuls in the region to remain calm and focus that come December 7 Ghanaians will endorse the candidature of John Dramani Mahama and his supporting Parliamentary Candidates nationwide, particularly, the Northern Region.

According to him, the NPP has nothing to boast for in the region except the increase in fuel prices, thereby making life unbearable for the people especially farmers.

He cautioned NDC supporters and party agents to be vigilant on the voting day to make sure they guide the ballot boxes closely.

"Even though the NDC is not known for violence but we shall this time around match the NPP booth to booth," Mr Mobilla intimated. He warned that should the NPP attack one NDC person, "we shall attack nine NPP members in retaliation."

He however advised his party followers to conduct themselves in a peaceful manner and electioneering campaigns devoid of insults, counter- attacks and violence.

"We must play our roles assiduously to ensure a smooth and a violence-free General Elections in December and beyond." Chairman Mobilla urges all NDC Parliamentary Candidates to work hard and be resolute to ensure massive victory for the party nationwide.