Pence and Harris square off in critical vice presidential debate 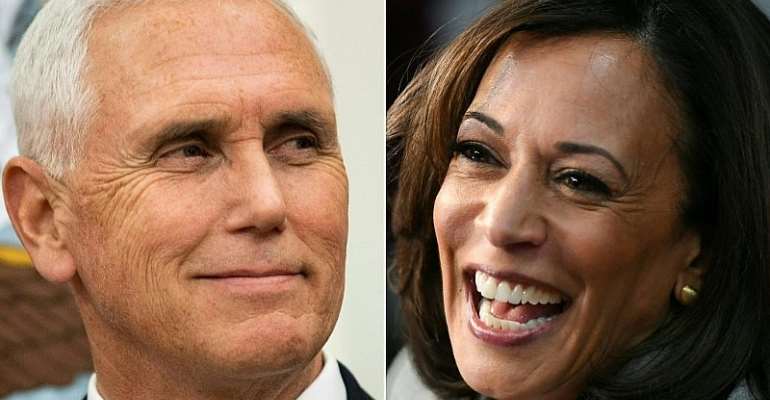 US vice president Mike Pence and the Democrat seeking his job, Kamala Harris, are set to face off in a debate Wednesday that will offer starkly different visions for a country confronting escalating crises, as President Donald Trump recovers from the coronavirus.

Even before the pandemic is mentioned at Wednesday night's debate, its presence will be obvious.

Pence and Harris will be seated twelve feet apart, rather than seven, and separated by a plexiglass screen. Everyone in the audience will also have to wear a mask.

The measures are in response to the spread of the coronavirus inside the White House, where President Donald Trump is still recovering from the disease.

Pence's camp had initially objected to the use of a barrier in a bid to defend the Trump's campaign message that Covid-19 should not dominate American life.

"If the Trump administration's war on masks has now become a war on safety shields, that tells you everything you need to know about why their Covid response is a failure," Harris press secretary Sabrina Singh said.

Pence has reportedly now dropped his plexiglass objection. According to his doctor, the vice president is being tested daily and has had multiple negative coronavirus tests.

The Pence-Harris showdown has taken on an unusually pressing quality, given that the White House deputy is just a heartbeat away from the presidency, in part because Donald Trump's coronavirus diagnosis has made it unclear whether his campaign will continue.

The duel in Salt Lake City occurs as the nation lurches from one crisis to another.

Pence will have the difficult task of projecting an image of calm at a time where more than 210,000 Americans have died from the coronavirus and whole businesses wiped out.

His efforts looked as though they could be undermined even before the debate got underway after Trump called off talks on a much-needed stimulus before making a U-turn and urging lawmakers to agree on handouts for struggling Americans and small businesses.

Pence has worked to level Trump's roughshod style and steer the federal response to the pandemic.

He faces a prosecutor turned US senator known for her sharp questioning. Harris, the first woman of colour on a major party presidential ticket, will try and sharpen her attacks on the incumbents over their handling of the health crisis.

However, she risks being confronted over her previous support for a universal healthcare plan for all, which the Trump camp has used to paint the Biden-Harris ticket as beholden to the Democratic Party's progresive wing.