Akufo-Addo Must Keep NDC Guessing on The Togoland Terrorist Matter 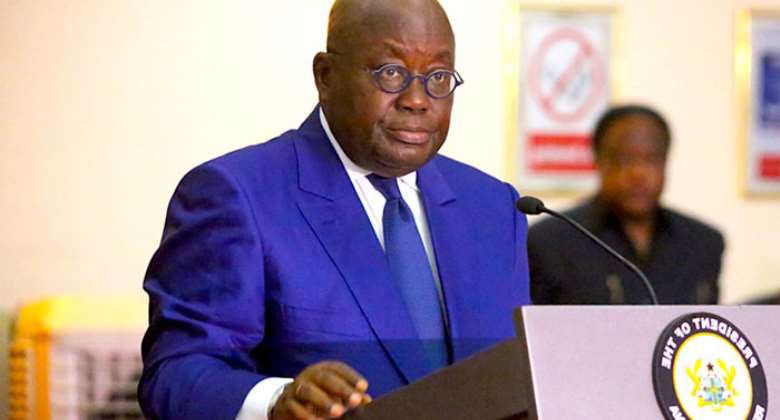 Calls for President Addo Dankwa Akufo-Addo to issue a public statement to the nation on the violent and dastardly activities of the arrested members of the National Democratic Congress-sponsored Western Togoland Terrorists may be premature and strategically designed by the Mahama Posse and their Togolese collaborators to get both a rise and a kick out of a visionary, progressive and an astute President at the apogee of his leadership genius, prowess or at the top of his form, in American athletics parlance (See “Secessionist Attacks: ‘Akufo-Addo Will Speak at the Right Time’ – Oppong-Nkrumah” Kasapa-FM / Ghanaweb.com 9/30/20). If any portion of the ECOWAS Subregion must be ceded to another country, it is definitely not the present-day Volta Region but the woefully underdeveloped and extremely poorly governed dynastic dictatorship that is “Eastern Togoland,” whose national is reported to be defending the Western Togoland Terrorists in court. We will comment further on the preceding observation in due course.

In the meantime, the President needs to keep these terrorists and their National Democratic Congress’ sponsors guessing for quite a while, even as his national security point men and women work around the clock to dismantle the much remarked apparently well-coordinated attempt to destabilize our country and take President Akufo-Addo’s focus off the critical and seminal socioeconomic, political, cultural and technological development of the country. It is all too clear that the activities of the Western Togoland Terrorists are part and parcel of the epically failed and comatose 2020 Mahama Presidential-Election Campaign. Of course, we all know that the leaders of the Ghana’s main opposition National Democratic Congress are smack behind the wantonly destructive activities of the so-called Homeland Study Group Foundation (HSGF), because all the evidence suggests that a desperate National Democratic Congress’ leadership that has come to the grim and nightmarish realization that it cannot win democratic and legitimate power via the ballot box, has misguidedly decided to use its prime and tested tool of violence to attempt to attain the same ends. Needless to say, this most barbaric assay to regress the salutary development of the Sovereign Democratic Republic of Ghana shall miserably fail!

Indeed, even as I write, the National Chairman of the National Democratic Congress, Mr. Samuel Ofosu-Ampofo, stands indicted for masterminding seditious and terrorist activities in the country, including the kidnapping of the three young Canadian white women NGO volunteers in Kumasi, the Asante Regional Capital, not very long ago. In that incident, as we vividly recall, each and every one of the criminal suspects, including the prime suspect, were publicly known to have close ties to the leadership of the Mahama-led National Democratic Congress, with the prime suspect having even once been publicly honored by an extant President Mahama. The fact of the matter is that the Volta Region is not wholly and uniformly composed of ethnic Ewes; neither are the Ewe a homogeneous geographical ethnic and cultural polity in the very simplistic manner perceived by the membership of the Western Togoland Terrorist Organization or the HSGF terrorists and nation-wreckers would have the rest of the nation believe.

Ultimately, the so-called Homeland Study Group Foundation thugs and their equally barbaric and morally benighted sponsors would have a far better chance making their grievances known to the relevant authorities at the United Nations, via whose mandate and/or trusteeship the so-called Western Togoland was democratically made an integral part of the soon-to-be independent Gold Coast Colony, shortly to be renamed Ghana. As I observed in a previous column several weeks ago, Ghana is, by far, the most economically and culturally advanced or enlightened country in the ECOWAS Subregion. What is more, the bulk of the wealth generated in our country does not come from “Western Togoland” but, by and large, by the Akan and Non-Ewe dominated parts of our country. What this simply means, of course, is that even hypothetically splitting the Ewe-dominated parts of the present-day Volta Region, assuming that each and every Ewe-descended Voltaian would rather become an Eyadema supplicant or genuflecting Togolese national, will not significantly impact the sociocultural, economic, political and industrial and technological development of Ghana.

You see, what the Western Togoland Terrorists woefully fail to fully and historically appreciate is the fact that once upon a time, the Akan people of the present-day Akwamu State or Kingdom used to occupy and ruled most of the Ewe territories spanning all the way from present-day Ghana to the present-day Republic of Benin’s eastern border with Nigeria and much into the forest and savannah regions of West Africa (See the Encyclopedia of African History). So, really, there can be absolutely no serious talk or argument about the purported ethnic and cultural purity of any group of nation-wreckers calling themselves Western Togolanders.

Call e-levy a VAT increase and stop distorting our well esta...
54 minutes ago