The Demons Of Democracy: The African Condition 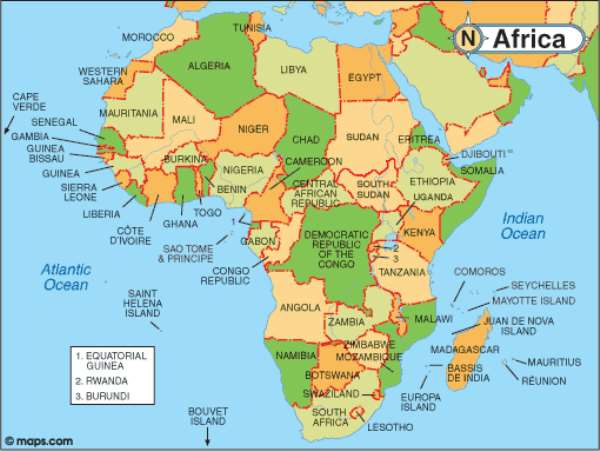 The spread and success of liberal democracy over the globe came as a result of the “democratic revolution” and the collapse of power blocs. Thus, following the collapse of the “defunct Soviet Union” in the late 1980s and the triumphant emergence of US and its allies as unipolar global powers, there has been tremendous pressure on countries to succumb to democracy. Hitherto littered with military and one-party dictatorships and personal rulers, these countries were forced to abandon their “old ways” and embrace liberal democracy. [1]

Despite this love for democracy, these foreign pressures coincided with, or reinforced, domestic clamours to push regimes to concede to democratic reforms without understanding its values and principles. These brought about the genesis of authoritarian and democratic-tyrants in Third World states.

They have little or no understanding of democratic culture and virtue. However, a wide variety of social and political scientists have come to broadly affirm that there is a relationship between a society’s culture and its ability to produce and sustain democratic forms of government. For example, “the ancient Athenians maintained that their democracy depended, in part, on the fostering of “civic virtue” or democratic culture” [2] .

For this reason Lipset claims that democracy “requires a supportive culture, the acceptance by the citizenry and political elites of principles underlying freedom of speech, media, assembly, religion, of the rights of opposition parties, of the rule of law, of human rights, and the like.” [3] Machiavelli, Montesquieu, Rousseau, and J. S. Mill also maintained that culture and democracy were related in fostering a true democracy.

Nevertheless, the fundamental questions that we need to ponder include: what is true democracy? Who has the pertinent moral status to determine what is or what is not democracy? Is democracy an obligatory or a universal norm for all? Are Africans states practicing true democracy? Do African leaders understand this system of government? Does democracy mean electioneering and transitional government alone? These questions are sine qua non because, “as African countries continue in their march towards neo-liberal democracy, elite power politics has assumed new but macabre heights. The continent’s governing class is demonstrating dramatic behaviour in achieving and sustaining power by all means possible.” [4]

This brings to mind the democratic viewpoint of Abraham Lincoln. Though he was not a political philosopher per se, he precisely defined democracy as “government of the people, for the people and by the people”. This would imply a representative government with a political order governed by the law that treats all citizens as equals before the law. Is this the reality on the African continent? No! Even some countries like Ghana, Botswana and Rwanda, which are considered to be democratic, are passing through abusive of political and governmental powers.

Thus, an authentic democracy is not merely the result of the formal observation of a set of rules imposed by the political class or electioneering alone. It is the fruit of a convinced acceptance of the values that inspire democratic procedures. This would include the dignity of every human person, the respect of human rights, and commitment to the common good as a purpose and guiding criterion for political life. This is because, if there is no general consensus on these values the deepest meaning of democracy is lost and its stability is compromised.

Though wonderfully coherent in theory, ideas of Democracy are in practice perverted by African political actors. Judging from their moral and political standards, we can only call them “demons of democracy”. It is shameful that, Africa, a continent blessed with enormous natural resources is now on the brink of economic collapse. Our continent is moving from one manifestation of political chaos to another due to the mass scramble for power, resources and wealth. Our motherland once held in high esteem by African political founders like Kwame Nkrumah, Kenneth Kaunda, Thomas Sankara, Nnandi Azikiwe and others, is today, suffering from political psychosis and daily disintegration. Our political actors today have succeeded in moving this great continent from hope to hopelessness, oil boom to oil doom, prosperity to austerity, democracy to “demo crazy”, economic development to economic destruction, better days to bitter days, continental pride to continental shame etc., etc. The African child is crying as a result of hunger, crime, poverty and misery which have replaced former days of abundant peace, unity and justice.

The “demons of democracy” have continued to impoverish the African children to the point where the Mediterranean has become their cemetery. This is the result of dictatorial and deceitful executives who have consistently refused to maintain the sanctity of their offices. To add to that, we have money-loving and unprincipled legislators lacking in maturity and circumspection in matters of legislation. Worst of all, we have a dependent and partial judiciary which is ineffective and inefficient in the interpretation of laws, yet they are experts in selling justice. These and many other conundrums cause Lumumba, a great Kenyan professor to lament, “the problem with Africa is that those who have ideas have no power and those with power have no ideas.”

Moreover, it is thoroughly disheartening that even the bureaucrats and technocrats, the seekers of justice and the human rights activists have compromised the ideals of democracy for self-gain. We have unprofessional and unethical journalists who are moving around in something like drunken stupor characterized by selectivism, stigmatisation, and defamation of character when reporting. They neglect journalistic principles and ethics by becoming sycophants before the “demons of democracy”. More painfully, the African person has become too gullible and docile to resist this evil. He has basely allowed himself to be made a fool of, dehumanised and transformed into a beast by cunning and evil-minded political tricksters. All these cause Joseph to exclaim; “democratisation was not supposed to happen in Africa. It had too little of what seemed necessary for constitutional democratic politics” [5] . This might sound extreme and radical but there are elements of truth in this assertion since the continent lacks the necessary conditions to institute liberal democracy, such as a competitive party system, constitutionalism and rule of law, a neutral bureaucracy and strong market economies etc.

In conclusion, despite our love for democratic mechanism of governance in theory, the democracy actually practiced in most African states tempts people to call for a different system of government. However, the fundamental question remains, Is it the system or the actors that are bad? One wonders why some countries like United Arab Emirates, Bahrain, Qatar and Kuwait, which are not democratic states according to the definitions, have more tangible economic transformation than Africa that seems to have established democracies. The reality is that the continent is in desperate need of political, social and economic change. It starts with you and me!

By Cyprian Chia: A seeker of justice, a patriot and citizen of the world and finally, a student in search of God and of world’s peace.

[2] Cf. Edward Bell, Catholicism and Democacy, A Reconsideration in https://www.luc.edu/media/lucedu/dccirp/pdfs/articlesforresourc/Article_-_Bell,_Edward.pdf