Is Paris heading towards new lockdown? The figures say that it is 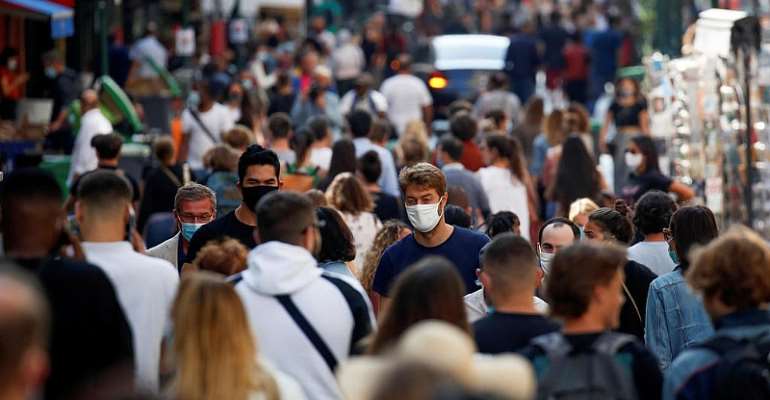 Surging coronavirus numbers in Paris are fuelling speculation the French capital may headed for “maximum alert” – following in the footsteps of Marseille and Aix-en-Provence with total bar and restaurant closures.

Covid-19 infections in Paris are already two and a half times the national average and exceed the government's own maximum alert threshold of more than 250 cases per 100,000 inhabitants.

While the incidence rate in the Île-de-France suburban region surrounding Paris as now 156.8 cases per 100,000, that number skyrockets to 254 cases once inside the Paris postcode.

Covid-19 patients in Paris hospitals now account for more than 30 percent of intensive care beds – another threshold the government says qualifies an area for maximum alert.

Despite the deteriorating situation, Paris – along with 11 other French cities – remains a zone of “heightened alert”, with gatherings of more than 10 people banned and bars made to close by 10pm.

On Monday the Ministry of Health said it would use consolidated data collected a period of seven days before making a decision to boost Paris's alert level.

Bruno Megarbane, head of intensive care at the Lariboisière hospital, in the 10th arrondissement, is urging people to "strictly respect barrier measures”, telling BFMTV that Parisians have become too complacent.

"The number of beds dedicated to the care of other patients is getting smaller and smaller, and we still haven't gotten to the winter season, when the entire intensive care unit is completely saturated with patients with respiratory decompensation due to the flu, etc,” Megarbane said.

Despite mask-wearing in the workplace and on public transport, Parisians were letting their guard down during the evening when seeing family or friends, he added.

“They feel reassured and so they don't wear masks, but it is here the virus arrives unexpectedly.”

Bar restrictions take force
Police were out on the streets of Paris and other cities to enforce restrictions on early bar closures as they came into effect Monday night.

Although owners risked fines of 135 euros for failing to close their establishments by the 10pm deadline, no infringement notices were issued.

“Because it's the first evening, we've chosen to wipe the slate clean,” said Paris police commissioner Blaise Lechevalier. “But overall the bar owners understood the message.”

What evil men mean for wickedness God turns it around for go...
13 minutes ago

I saw it coming – Ben Ephson on Koku Anyidoho’s expulsion fr...
27 minutes ago