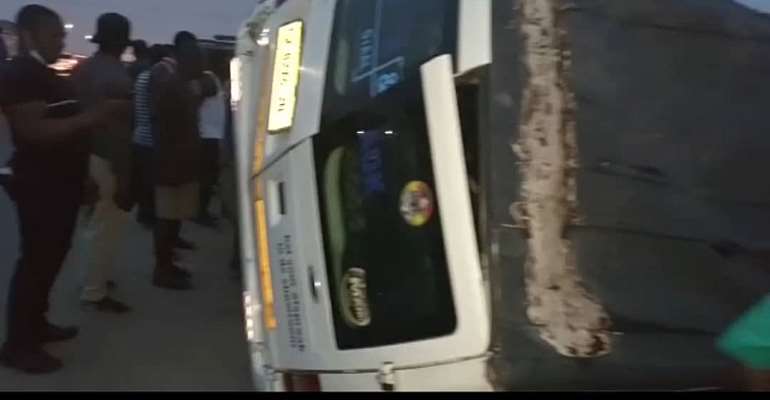 A driver and his mate met their untimely death when a tipper truck crushed them at Big Apple, a suburb of Gomoa Budumburam in the Central Region.

According to eyewitnesses, the commercial Ford Transit vehicle with registration number GW 8274-20, while making a U-turn at Big Apple crashed with the tipper truck which was heading towards Winneba from Kasoa.

The driver’s mate died on the spot while the driver was pronounced dead upon reaching the hospital.

According to Moses Ankrah, an eyewitness, the driver’s mate after the crash went through the window unto the street and died.

He indicated that the driver died at the hospital while his mate died on the spot.

“The driver upon reaching the hospital died while his mate died on the spot after the incident,” the eyewitness told Citi News.

The incident comes barely a week after another crash which involved another Ford Transit commercial car and a saloon car at Gomoa Adam close to Apam.

Five people died on the spot while nine sustained injuries.

Medical Superintendent at the St.Luke Catholic Hospital in Apam where the victims were taken to called for the dualisation of the Accra Cape Coast stretch to reduce such incidents.