Why Uganda has suspended hundreds of refugee aid agencies

By Cristiano D'Orsi - The Conversation 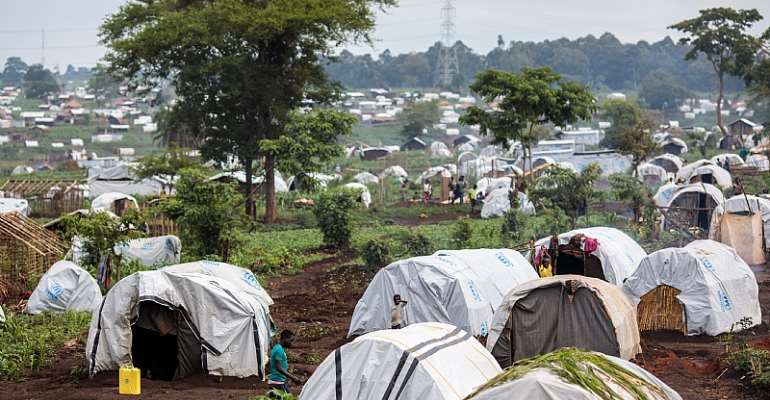 This comes at a time when the country's refugee crisis has worsened, thanks to the resurgence of violence in the neighbouring Democratic Republic of Congo (DRC) and the impact of the COVID-19 pandemic .

Uganda's government has said that many of the suspended nongovernmental organisations lacked valid memoranda of understanding with the office of the prime minister. They were also operating with expired permits, or were running unauthorised projects. Nevertheless, the non-compliant agencies have not been shut down indefinitely.

The minister said that some organisations had been operating in refugee settlements without government approval .

Uganda has typically been a safe haven for refugees. The country lies at a sensitive crossroads in East Africa. It has neighbours like the DRC and South Sudan. These countries have long histories of conflict and continue to be sources of refugees .

According to the UN refugee agency, Uganda is one of the most favourable environments in the world for refugees. Other countries like Kenya and Ethiopia host refugees in camps, but Uganda allows them to set up businesses, find employment, and move freely around the country.

The majority of refugees live in Uganda's rural settlements, where they are allocated plots of land and given materials to build basic homes. They are given food aid and access to basic health and education services, but they are also free to build a life in Kampala.

In 2017, the Ugandan government launched the Comprehensive Refugee Response Framework . This is a framework that was developed by the United Nations. It promotes the inclusion of refugees in host communities, ensures the involvement of development actors from an early stage, and encourages a “whole-of-society” approach to refugee responses. Uganda was among the first countries to pilot the framework because it has signed all the key refugee conventions and international human rights treaties.

Uganda is also one of the largest refugee-hosting countries in Africa. It hosts over 1.4 million refugees. The refugee population makes up 3.6 % of the country's total population of 39 million. Most refugees are from South Sudan (74 %), 19 % are from the DRC, and 3% are from Burundi.

Despite a huge refugee burden, Uganda maintains one of the most progressive refugee protection policies in the world. Its integrated refugee response has been named as a model implementation of the UN's framework. Refugees in Uganda are granted freedom of movement, the right to work and establish businesses, and the right to access public services such as education.

The Comprehensive Refugee Response Network is a multi-stakeholder model . It includes national and local authorities, international organisations, international financial institutions, regional organisations, regional coordination and partnership mechanisms, civil society partners, the private sector, media, and refugees themselves. The model focuses on the humanitarian and development needs of both refugees and host communities.

The response framework is operational in 15 countries including Djibouti, Ethiopia, Kenya, and Somalia.

The country's favourable protection environment for refugees is grounded in the 2006 Refugee Act and the 2010 Refugee Regulations . The legislation and the regulations allow refugees freedom of movement and the right to work, establish a business, own property and access national services, including primary and secondary education and health care.

If you do not want to help the people, leave them alone, other than getting funding to enrich yourselves

In the same year, the government accused NGOs of hijacking donor funds that were raised during the refugee solidarity summit in Kampala in 2017.

Uganda had not accepted refugees since the onset of the COVID-19 pandemic because it had shut its borders . New arrivals from the DRC only began to seek refuge in June when the borders were reopened .

Onek said that thousands of refugees from the DRC were stuck in Zombo District, northern Uganda. The refugee situation in Uganda has worsened .

In addition, the Kyangwali settlement in the western district of Kikuube is under complete lockdown. It is home to 120,000 refugees. It was locked down after 22 humanitarian staff and 72 refugees tested positive for COVID-19.

Admitting asylum seekers during a pandemic has been a challenge because of border closures, lockdowns, and social distancing protocols.

If refugees are turned back at the border the fundamental principle of non-refoulement (non-return) may be violated. Even though states have the right to impose border control measures, there are legal exceptions for those seeking international protection.

Additionally, in the country of asylum, refugees may face challenges including lack of access to adequate refugee status determination procedures, services like health care, livelihoods, and assistance packages.

Given these circumstances, Uganda's action against refugee aid agencies seems odd when the country is facing a worsening refugee crisis as well as difficult socio-economic conditions because of the pandemic.

Uganda's latest decision to shut down more than 200 refugee aid agencies is an indication to the world that the country cannot manage continuous inflows of refugees. Going by the minister's statements , it sounds like the country wants more aid from established entities like the UN Refugee Agency , but fewer independent refugee agencies operating in the country.

The UN agency, however, comes with its own baggage. Between 2016 and 2017, it mismanaged tens of millions of dollars in donor funds. UNHCR Uganda over-paid for goods and services, awarded major contracts improperly, and failed to manage fraud, corruption, and waste.

Despite these challenges, Uganda stands out in refugees' hospitality. However, the burden needs to be shared . Given that the country is questioning the quality of service delivered by refugee aid agencies, an equitable and efficient burden sharing framework is required.

By shutting down more than 200 refugee agencies, Uganda could deprive hundreds of thousands of refugees of essential aid. The suspension is likely to be a temporary measure to signal to the world that the country is struggling with its refugee burden.

Aid agencies play an important role in Uganda. These agencies offer health and education services. They also strengthen the capacities of refugee communities through action planning and training, improve resilience to disaster, and enable dialogue and collaboration between stakeholders, including local authorities.

Going forward, the country could rely more heavily on refugee-led organisations , which continue to play an important but neglected role in providing protection and assistance to refugees in Uganda.

Ultimately, the suspension of aid agencies in Uganda is a signal that they must comply more strictly to the law and their mandates. It is an indication that the country needs better assistance than it has been receiving.

Cristiano D'Orsi does not work for, consult, own shares in or receive funding from any company or organization that would benefit from this article, and has disclosed no relevant affiliations beyond their academic appointment.

By Cristiano D'Orsi, Research Fellow and Lecturer at the South African Research Chair in International Law (SARCIL), University of Johannesburg

Popular journalist Kwaku Sakyi-Addo appointed board chair of...
14 seconds ago