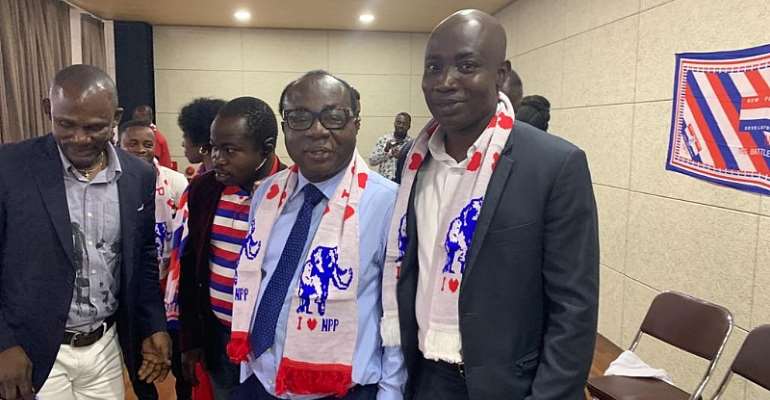 Mr. Michael Awuah, an automobile businessman based in Japan who also doubles as the NPP Japan branch 1st Vice Chairman has descended heavily on the NDC manifesto that promised to abolish the purported ban on salvaged cars.

He said, in reality, the Customs Amendment Bill, 2020, has been withdrawn some months before the NDC flagbearer made the infamous announcement of lifting the ban on salvaged cars. This development was not known to the NDC because they do not read as is typical of them.

The NPP government is a listening and sensitive government and would not do anything that will push people out of business. Having drafted the Ghana Automotive Development Policy (GADP) to make Ghana a fully integrated and competitive industrial hub for the Automotive Industry in the West Africa sub-region, the NPP government is by far the best political party that can achieve the industrialization agenda in the automobile sector.

Mr. Awuah expressed optimism that the NPP government will protect the jobs of the spare parts dealers.

Mr. Awuah, challenged the NDC to put forward their auto-policy to rival what the NPP government has begun. The only policy former President Mahama and his NDC government knows about is the reviewing of good policies leading to a total collapse or malfunction of existing systems.

He urged the Abossey Okai and Suame Spare Parts Dealers Association to disregard the reviewing and malfunction policies of the NDC flagbearer since there is no ban currently in place.

He also urged all Ghanaians to vote massively for the NPP government in the December polls to continue their good job.