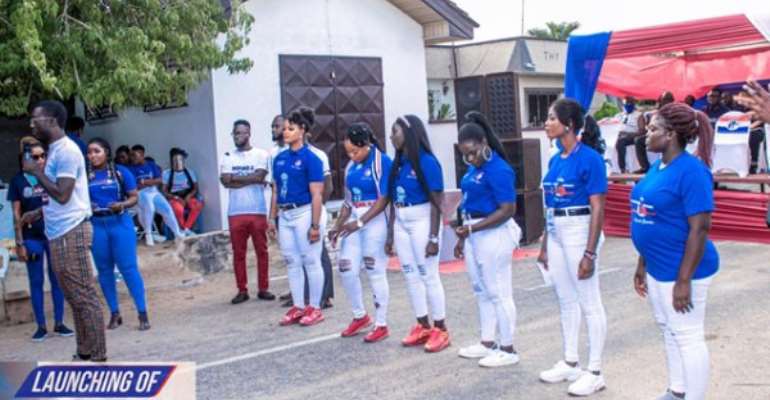 The Staunch Queens Associations, a group affiliated to the ruling New Patriotic Party(NPP) have been urged to start a door to door campaign to educate the electorates on the development projects executed by the NPP government.

Mr Isaac Kwadwo Buabeng, the Nsawam-Adoagyiri Municipal Chief Executive advised members of the Association, affiliated with the NPP to focus on the impact of free Senior High School(SHS) education on the finances of individuals, families, and the Ghanaian child.

Mr Buabeng said as a result of free education, children who would have been on the streets are now in school hoping for a bright future.

Mr Buabeng was speaking in an interview with the Ghana News Agency(GNA) at Adoagyiri Asikafo Amantem near Nsawam in the Eastern Region when he inaugurated an 11 member executive for the Nsawam/Adoagyiri branch of the NPP Staunch Queens Association.

He urged the members of the association to encourage the electorates to consider the benefits that they have derived from the various projects and programmmes of the government and vote for President Nana Addo Dankwa Akufo-Addo for another four years.

Alhaji Abubakari Suleman, one of the founding members of Nasara Club who chaired the function, urged the members of the association to extend their campaign to the churches and other religious institutions.

A/R: Journalists on tour with Regional Minister involved in ...
42 minutes ago

Focus on promoting human rights, be swift and fair in applic...
44 minutes ago