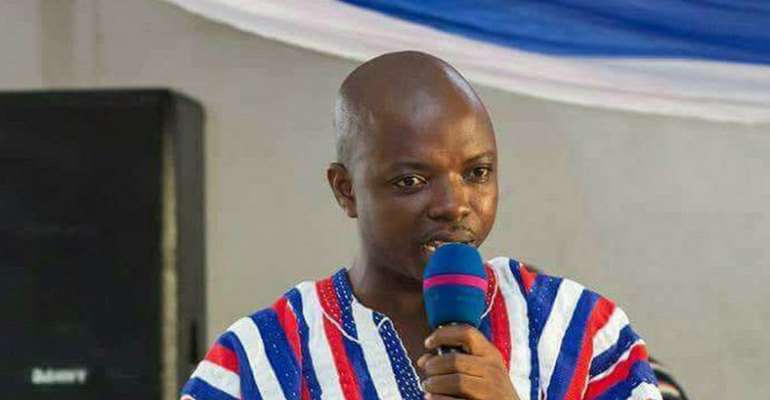 Hours after the out-dooring of the NDC manifesto for this year’s elections, it has emerged that the largest opposition party sought to engage in populism, deceit, hypocrisy and to throw dust into the eyes of Ghanaians with the party’s social contract with the electorate.

In the light of this, the Bono Regional Chairman of the ruling New Patriotic Party, Kwame Baffoe Abronye aka Abronye DC is calling on all well-meaning Ghanaians to reject NDC’s manifesto.

He said the newly refurbished manifesto of the NDC is a mixture of lies and hypocrisy.

In a statement, Chairman Abronye DC took a swipe at former President John Mahama for promising to investigate the death of Ahmed Suale, a journalist and J.B Danquah Adu, a former Member of Parliament during the NDC’s manifesto launch in Accra last Monday.

At the said programme, the former President said when given the chance again to rule the country, the NDC will commence investigation into the death of Ahmed Suale and other unsolved issues including the murder of J.B Danquah.”

He also stated that media freedom under President Akufo-Addo is in disarray because of the death of Ahmed Suale.

However, the Bono Regional NPP Chairman believes that “from the above manifesto promise, it is clear that former President Mahama has no respect for Ghanaians and still holds the opinion that Ghanaians have short memories.”

Recounting a series of gruesome murder incidents that occurred during President Mahama’s tenure, Abronye DC reminded Ghanaians that on 15th September, 2015 a 35- year-old journalist of Success FM at Goaso in the Ahafo region, King George Abanga, who also served as a reporter for Peace FM in Accra, was shot dead by unknown assailants.

He was said to be returning on a motorbike when he was shot and killed by the assailants on his way from Sankore to Goaso at about 5pm on Thursday September 10, 2015, where he had gone to report on an alleged stealing of cocoa fertilizers by NDC Executives.

“My simple but all important question here is, who was the president and commander in chief of the Ghana Armed Forces in 2015 when that young man (Journalist) was shot dead? What did the president do?” Chairman Abronye quizzes.

Again, on the 5th November, several media outlets reported that the chief of Seikwa, Nana Gyimah Ankoana, had been assassinated at Seikwa in the Bono Region. The reports explained that Nana Ankoana, who was hit in the chest and died while being taken to the hospital, was shot around 8pm while relaxing at home.

Apparently, Chairman Abronye stated, John Mahama promised to smoke out the killers of the chief. However, “till date the assailants are still in his pocket.”

Another high-profile death which also occurred in March, 2014 as reported by the Daily Graphic online, Mr Fennec Okyere, manager of hiplife musician, Kwaw Kese was shot dead in his house in Accra.

Besides, on the 21st June, 2014 Graphic online reported that, the Paramount Chief of the Nanumba Traditional Area, Naa Dasana Andani, had been killed. The chief was allegedly attacked and murdered alongside three other family members at his palace in Bimbilla on Thursday evening by some unknown assailants.

These and several other killings took place in the erstwhile Mahama administration and yet the NDC did not show any seriousness in getting into the bottom of any of those cases.

For instance, in the case involving the murder of the late J.B Danquah Adu, Chairman Abronye said, “the only thing Former President Mahama did was to render the case useless by transferring COP Akuffo Dampare, who first arrested the suspect to the Central Region.

“He relegated him from a Regional Commander in Accra to a Divisional Commander in Winneba just a day after the murder and further called for the docket to be transferred to National Security for further probe.”

The Bono Regional Chairman accused former President Mahama of masterminding the transfer to cover-up his Aide, Stan Dodge, whose name was first mentioned by the suspect in his initial statement to the Police as received by COP Dampare.