By Mariëtte Pretorius - The Conversation 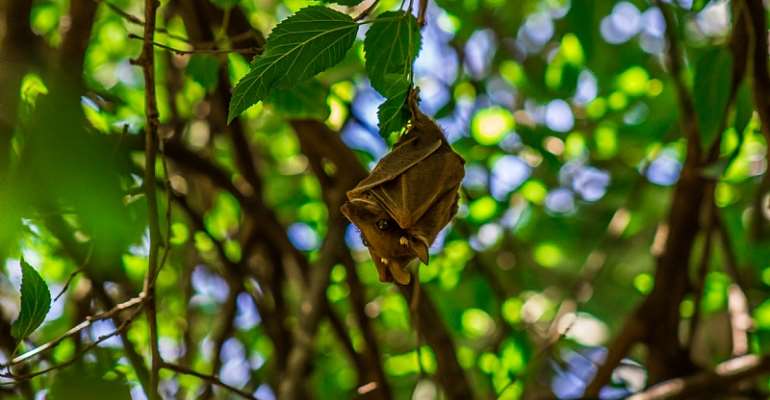 The daily activity patterns of animals are influenced by a variety of different factors. Understanding how animals distribute their activity over the day, an important part of their behaviour, provides valuable insights into how they function within their habitats.

Prey like bats are then expected to change their behaviour accordingly. Some bat species shift their foraging from open to forested areas on brightly moonlit nights.

Animals may also have different activity schedules depending on their age and sex. Females spend more time foraging and less time worrying about predators because they need to feed their young. In contrast, males spend less time foraging to minimise the risk of being eaten.

Our team wanted to test whether the lunar phobia theory holds for a South African bat species, the Natal long-fingered bat. This is an abundant, cave-dwelling species found across southern Africa that feeds on a variety of insects.

Each spring, large numbers of bats migrate from caves in the Gauteng province to a cave in the Limpopo province, where females give birth and raise their young from November to February. This maternity cave, also known as the Madimatle cave, probably has the right temperature and humidity needed for raising young. It's also well situated because the area has an abundance of insects. In late February, the bats leave the cave again to return to the wintering in caves in Gauteng.

Our study aimed to identify the peaks of foraging activity during this species' breeding and non-breeding seasons, and establish whether they exhibited lunar phobia. If these bats did exhibit lunar phobia, we expected to see a decrease in their activity during nights with bright moonlight, indicating possible predator avoidance strategies.

To do this, we placed a bat detector close to the cave from March 2014 to March 2018. The detector allowed us to record continuously the echolocation calls of bats as they flew past the detector throughout each night, which could then be used as a measure of the relative activity.

Echolocation calls are sound waves produced through the mouth and nose of bats that bounce off objects in their flight path, telling them the shape, size and distance of the objects. The majority of bats echolocate at unique frequencies , allowing us to identify a species. Natal long-fingered bats in northeastern South Africa echolocate at a unique frequency and this allowed us to identify and sum up all of their calls recorded for each night.

During the breeding season, lactating female bats have to produce enough milk for their ever-growing young. They therefore must consume more food each evening, as shown by one of our previous studies .

Lactating females are then forced to feed, even if under high predation risk, to maximise their food intake. But the large population size of these bats at the cave during the breeding season probably provides them with safety in numbers and more pairs of eyes to spot danger.

These findings differ from studies of Northern-latitude insectivorous bats , which generally don't alter their behaviour due to changes in moonlight. This shows that bats from different regions have different behaviours depending on their immediate survival needs.

In a country with a rich bat biodiversity, there are still many exciting avenues for further research on these interesting, yet understudied animals. Understanding the basic ecology, physiology and behaviour of South African bat species will ultimately help us to protect them better.