Nato demands probe into alleged poisoning of Navalny by Novichok 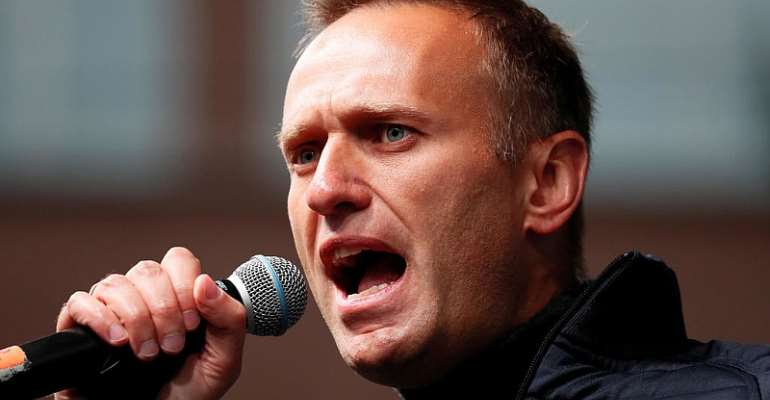 Nato Secretary-General Jens Stoltenberg has condemned the “appalling assassination attempt” on Russian opposition politician Alexei Navalny and called on Moscow to answer questions about the poisoning to international investigators.

Navalny, one of the few remaining Kremlin critics, became violently ill on a plane to Moscow on 20 Aug. The plane made an emergency landing and Navalny was taken to a hospital in the Siberian city of Omsk.

After initial reluctance by Russian medical authorities, he was put on a plane to Germany. He has since been in an induced coma in a Berlin hospital since he was flown there for treatment more than a week ago.

German authorities said tests showed he had been poisoned with a chemical nerve agent from the Novichok group.

British authorities previously identified the Soviet-era Novichok as the poison used on former Russian spy Sergei Skripal and his daughter in the town of Salisbury, England in 2018.

According to Der Spiegel, German doctors sought advice from chemists at the Defence Science and Technology Laboratory in Porton Down in the UK.

This secretive government facility has been used for experiments involving deadly and often undisclosed chemicals that can possibly be used as weapons.

In 2018, the researchers at the facility established that poison used against the Skripals was Novichok. Their expertise may have helped the current investigation into the Navalny case.

“There is proof beyond doubt that Mr. Navalny was poisoned using a military-grade nerve agent from the Novichok group. The use of such a weapon is horrific,” Stoltenberg said after chairing a meeting of Nato ambassadors during which Germany briefed its allies on developments.

“Any use of chemical weapons shows a total disrespect for human lives and is an unacceptable breach of international norms and rules. Nato allies agree that Russia now has serious questions it must answer,” he told reporters.

Stoltenberg said Moscow must cooperate with the Organisation for the Prohibition of Chemical Weapons in “an impartial, international investigation” and provide information about its Novichok program.

After the attack in Salisbury in Nato-member England, the alliance withdrew the accreditation of seven staff at Russia's mission there and rejected the applications of three others. No such action was announced on Friday.

President Vladimir Putin's spokesman Dmitry Peskov has brushed off allegations that the Kremlin was involved in poisoning the Russian leader's most determined critic and said that Germany had not provided Moscow with any evidence about Navalny's condition.