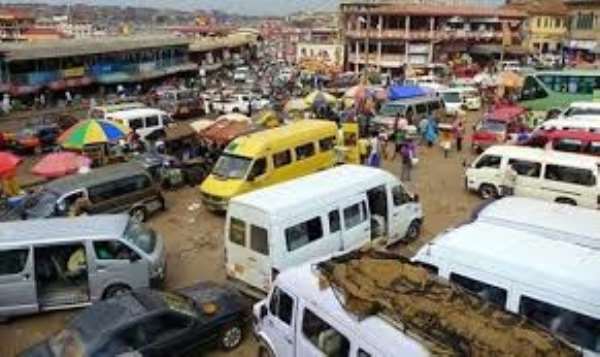 Newly formed Fair Play Transport Union based in Koforidua is urging others Transport Unions and Ghanaians to give President Akufo-Addo and the NPP government another four years to move the country forward.

Touching on the performance of the Akufo-Addo government, the National Secretary for Fair Play Transport Union Mr Emmanuel Atsu Yaw described it as outstanding with so many projects and improvements in the area of education, infrastructure, agriculture, Transport, social intervention, and economy.

He also mentioned the compassion and commitment of President Akufo-Addo in the fight against the COVID-19 pandemic as an exceptional feat while stressing on the importance of rolling out social interventions to cushion the difficulties that came with the pandemic.

He stressed that President Akufo-Addo has done enough to ensure that Ghanaians in the wake of the COVID-19 pandemic are better-taken care of in the moment of crisis regardless of the consequences on the country’s economy.

“In my humble opinion, Nana Akufo-Addo and the NPP have done well. See where the Ghanaian economy was and see where we are now, Nana Addo has done fantastically well,” he said.

National secretary Mr. Emmanuel Atsu Yaw revealed that they left Co-operative Transport Union because there was some leadership crisis and autocratic way of leadership.

He said the Regional chairman in the person of Alhaji Bala Faila does not have leadership qualities to lead such organization.

“His invocation of curses on anyone who is not in agreement with his view at meetings (the most being one meted to the New Juaben Municipal President, Mr. Adolph Martey)” he added.

In a resolution letter to leave the Co-operative Transport Union, it read “He himself has been the president of his society since 2000, twenty good years now and has not allowed any election in his society, but has always demanded other societies to conduct elections”.

“We have never attended a meeting which has ended successfully with the presence of Alhaji Bala Faila, we always end in violence,” according to the letter.

“Anytime you meet Alhaji Bala Faila he will be calling you all sorts of names like, thief and other unprintable” the letter added.

“To have our peace, we the members of all these societies listed under, have decided to form a peace union, of open discussion of issues till the agreement is reached, to move us forward as allowed by the constitution of the Republic of Ghana and to resist any oppressors rule”.