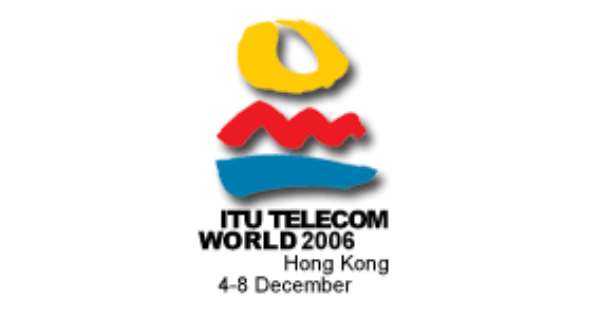 ITU TELECOM WORLD 2006, the leading global ICT event, would be held in Hong Kong, China from December 4 to December 8.

This is the first time the key networking event is being held away from its traditional home in Geneva, according to a statement from the International Telecommunication Union.

The statement said under this year's theme: "Living the Digital World," the event would explore the concept of shared digital resources for access to the vast wealth of the world's knowledge, culture, education and learning.

ITU TELECOM WORLD 06 would focus on the technologies, companies and organisations that are driving this concept forward, the statement said.

The event would encompass a dynamic Exhibition, a business-centred TELECOM VILLAGE, a content-rich forum, including a Youth Forum, a Telecommunication Development Symposium plus a host of networking opportunities and events.

Mirroring the theme of the event would be the "Digital Life Theatre," a dedicated stage where futuristic visions of the digital world will be presented.

"Today's ICT industry is brimming with potential - helped by a healthy growth in sectors such as broadband or wireless, and the emergence of burgeoning new markets such as China and India," said Yoshio Utsumi, ITU Secretary-General. "These exciting prospects have created a very positive industry climate in which to hold our WORLD event."

My mother is not dead — Farouk Mahama
47 minutes ago