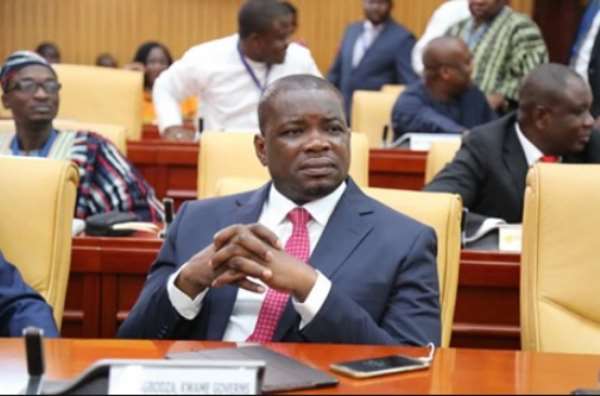 A Ranking Member for Parliament's Roads and Transport Committee, Governs Kwame Agbodza says the promise by former President John Mahama to regularize the operations of commercial motorbike riders is apt and in the right direction.

According to him, the decision shows that the former president is in tune with the realities of the times.

Speaking on Eyewitness News, the Adaklu MP said the existing law that barred people from using motorbikes for commercial purposes has lost its usefulness and must be reviewed.

“Although it is not allowed and people are using it and getting injured. We should rather go back, look at the law, regulate the operations and make it safer so that people can safely be trained and to engage in genuine and legal business by conducting it as a means of transport,” he said.

Mr Agbodza's view comes after John Mahama on Friday in an address to chiefs and people of Kpando in the Volta Region as part of his tour of the region said he recognizes the benefits of the 'okada' business to the many families that depend on it.

John Mahama said he will legalize the 'okada' business but will regulate it to avoid unnecessary loss of lives.

“In our laws, okada is illegal. But in reality, okada has become part of us. It has come to stay and you can't stop it. So I have suggested that when we come into office, we will legalize okada but we will regulate it…We will regulate it and give them the necessary training so they are able to conduct their business in a safe manner,” John Mahama said.

Following the announcement, the debate about whether or not the activity should be legalized has once again come to the fore with Mr. Agbodza insisting that many essential service workers including the police and health workers depend on it to able to get to their respective workplaces or undertake critical services in areas where there are no alternative transportation means.

“[Legaliziaing Okada] will be useful than even NABCO, why because these people can create jobs within their locality. They don't need to move from their locality anywhere…. [When we do this] The teacher, nurse taking Okada to school doesn't feel he's breaking the laws any longer. I think the former president is in tune with the realities of the times. I will be happy to see this becomes a law to make Okada a safe and profitable business.”

Mr. Agbodza said the New Patriotic Party (NPP) have strongly opposed the idea of legalizing the operations of the commercial motorbike riders however an NDC government will push it to ensure that Ghana's Road Traffic Regulations 2012 (L.I 2180) is reviewed to accommodate the operations of Okada people.