The NDC Race is On! 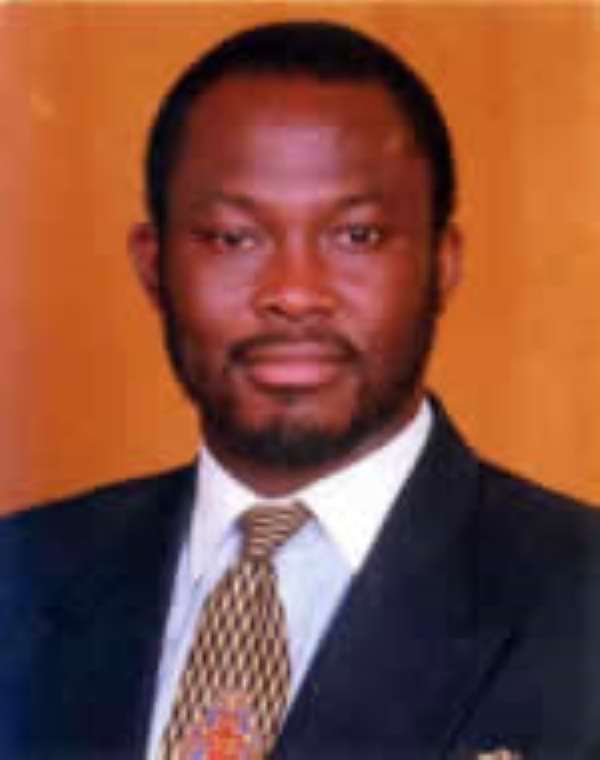 At the time of going to press on Saturday, three persons had so far submitted their bids to be elected as the presidential candidate to lead the National Democratic Congress (NDC) in the 2008 elections.

The three, Mr. Eddy Annan, Dr. Spio Garbrah and Professor Evans Atta-Mills went for the nomination forms on Thursday, August 17 2006, the day the party announced and called for prospective contenders to buy the ¢2million nomination forms.

"We declared the contest open last week Thursday, and that very day, all the three sent their emissaries to pick the forms and paid their money", the party's General Secretary Asiedu Nketia told ADM.

Even though the three have paid for the forms, they are yet to be handed the physical forms to go round with them to gather the necessary support.

Mr. Asiedu Nketiah said: "By Monday or Tuesday they would have their forms so that they can go round to pick up their sponsors, seconders, and supporters throughout the 230 constituencies."

Each candidate needs at least two signatories from each of the constituencies to support their nominations.

Until December 2, when the party would close its nominations, Mr. Nketia said every member who is capable of becoming the party's flag bearer is invited, especially those in good standing for at least four years and qualify to be president according to the Constitution of Ghana.

Even though the venue for the congress is yet to be decided, ADM has been informed that the congress would be held in Accra on 16 of December 2006, two weeks after the closure of nominations.

Mr. Asiedu Nketia called on delegates to be vigilant and should not allow themselves to be influenced by candidates, because the winner of the congress would have an effect on the party's performance in 2008.

"It is like the effect of a general on his army. The leadership has significance in any battle; eventually whoever emerges as the leader would influence the outcome of the elections to a great extent", he said.

Mr. Nketia was not amused about the reports of the series of defections hitting the NDC. He called on the leadership of the Democratic Freedom Party (DFP) to stop what he called vicious crusade against the NDC and described such moves as "waste of effort".

"If the DFP is a genuine party, it can only be our partner. It cannot be working against us, otherwise it would be a waste of effort and we cannot also campaign against them. Our aim is to go to the Castle. It would be like you want to capture Togo and you begin bombing Ivory Coast".

Mr. Nketia did not rule out the fact that if it becomes necessary, the NDC would enter into an alliance to enable it capture power from the ruling New Patriotic Party (NPP).

He however said: "We are not putting our hope solely in alliance, we are determined to win alone without the support of any other party, but going into an alliance would make our work easier".

At the time of writing, other expected contenders like Alhaji Iddrisu Mahama, Mr. John Dramani Mahama and Mrs. Konadu Agyeman Rawlings had still not paid for nomination forms.

NPP Youth Wing commends Akufo-Addo on nomination of Dorcas A...
44 minutes ago