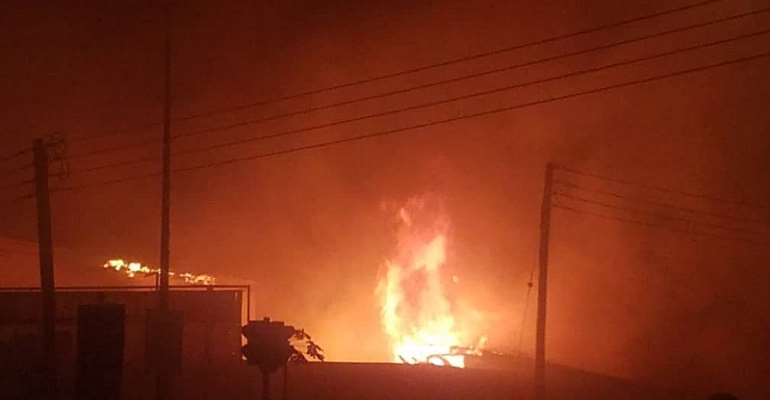 A fire outbreak which started around 12:30 am on Saturday, August 15 on the Kingston Avenue at the Takoradi Market Circle has destroyed about five stores.

First Samuel, a popular provision shop at the market was also affected by the inferno.

He said, they deployed about seven fire tenders before they were able to bring the inferno under control.

This comes barely a after fire destroyed a number of structures at a kiosk estate at Shiashie in Accra on Friday.

Part of the Electoral Commission’s Greater Accra Regional office was also gutted by fire on Friday.