Growth In Telecoms Sector Was The Work Of The Telcos, Not Bawumia – Sam George 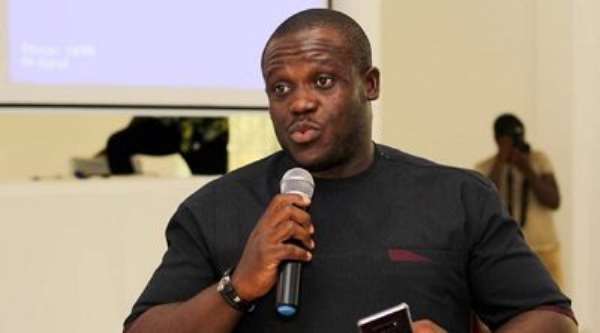 The Member of Parliament for Ningo-Prampram, Sam George says the growth in the telecommunications sector can be attributed to the initiatives of private companies in the sector and not any government policies.

He said the Vice President, Dr. Bawumia is seeking to credit himself for the growth in mobile money usage in the country when he has not done anything directly to ensure its success.

Addressing journalists on Friday, he said the mobile money interoperability and mobile financial system cannot be said to be entirely the work of government.

“Dr. Bawumia has failed and sought to throw dust into our eyes with his representation of mobile money interoperability. Last year, MTN celebrated 10 years of MoMo, they are in their 11th year now. 11 years ago was Dr. Bawumia the Vice President? So how then can he claim that this is his initiative? The growth in the industry is by way of the work that the telcos themselves are doing,” Sam George said.

The Vice President, Dr. Bawumia while speaking at a youth forum earlier in the week said fifteen million Ghanaians have bank accounts due to the implementation of the Mobile Money payment interoperability.

“Anyone with a mobile account has a bank account. They can make payments out of it and receive interest on their balances…Many people did not and do not understand that we have moved away from the world of branch banking into branchless banking. You can have your bank account on your phone. You can do banking without visiting a bank branch or signing a cheque,” the Vice President said.

But Sam George says the Vice President's claims are misleading.

“The issuance of interests [loans], insurance, free transfer charges [are responsible for the growth]. The growth is as a result of the initiatives of the telcos themselves and not Dr. Bawumia. He should come again and tell us what real initiative he has put to account for the growth in the mobile money industry. If he has made a promise and failed, he should be humble enough to tell us that he made a promise and he has failed. He promised that every Ghanaian will have a bank account and, he did not say every Ghanaian will have a MoMo account,” he said.