Mahama Can Only Deliver Dumsor, Trust Me 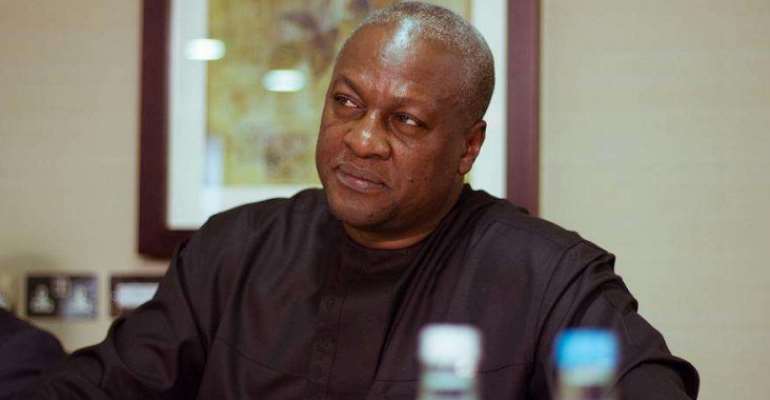 He says that he would spend some 10-Billion (USD) of taxpayer dollars on infrastructure, in the highly unlikely event of him being reelected President, to finish all abandoned projects left behind by previous Fourth-Republican governments, including, of course, his own previous regime (See “Mahama Announces $ 10 Billion Infrastructural Plan to Finish all Abandoned Projects” Modernghana.com 8/10/20). The first question that Candidate John Dramani Mahama needs to be asked is the following: How many of the uncompleted projects left behind by the John Agyekum-Kufuor-led government of the New Patriotic Party (NPP) did the key operatives of the tandem John Evans Atta-Mills and the John Dramani Mahama governments complete in the 8 years that you were in office? Action, it has been said, speaks louder than words.

The next most logical question to ask is this one: Where and how do you, Mr. Mahama, intend to secure the $ 10 Billion (USD) to undertake such infrastructural development projects? And then, what happens to the other non-infrastructural projects that need to be completed in the country? There is still a legion more questions, such as how many separate packages of bribe money do Mr. Mahama and his relatives intend to extort from the various contractors whose expertise and skills would be required to complete these abandoned infrastructural projects? For the negotiation for the three military aircraft purchased in a noncompetitive bidding from the European Airbus SE Company, we know from documents published by UK’s Serious Fraud Court (SFC) that Government Official Number One, forensically established by Mr. Martin ABK Amidu, the Independent Special Prosecutor, to be the then Vice-President John Dramani Mahama, and his brother Adam Foster Mahama, as well as some two of the latter’s associates and/or accomplices, raked in at least the handsome sum of some $ 5 Million (USD).

So, the critically-thinking reader has at least a rough ideational estimate of the ballpark figure of the percentage of the $ 10 Billion (USD) infrastructural development money that is likely to simply end up in the pockets and bank accounts of Mr. Mahama, his relatives and political party associates and cronies. Very likely, a full quarter of the $ 10 Billion (USD), which comes to about $ 2.5 Billion (USD), will not make it into the infrastructural development budgetary package. If, indeed, he cared to hear out Dr. Yaw Osei Adutwum, the present Deputy Education Minister, Little Dramani would not be glibly and peevishly talking about using part of the $ 10 Billion (USD) to complete the at least 160 Community Day Senior High School Buildings, out of the promised 200 Community Day Senior High School Buildings, that were never completed, or even started, during the four-and-half years that the now-Candidate Mahama was substantive President of the Sovereign Democratic Republic of Ghana.

Now, what the preceding electioneering campaign promise means, based on the number of Community Day Senior High School Buildings that Mr. Mahama was able to complete in four-and-half years as President in office, it is incontrovertibly clear that by the end of his four-year tenure in office, which is if Ghanaian voters decide to, once again, vacate the critical application of their common sense, the Mahama Posse would have been able to complete at the fastest, no more than 20-percent, perhaps even far less, of its electioneering campaign promise. That is how scandalous and unworthy of the trust of the Ghanaian voter the entire Mahama promise is. Which is that it is not worth of the value of the paper on which such electioneering campaign promise was written and published.

I am also thinking about the cost-effectiveness of such electioneering campaign promise, being that a recent comparative analysis between some Mahama infrastructural projects and those executed by President Addo Dankwa Akufo-Addo scandalously indicated that on average, Mr. Mahama spent nearly three times the amount of money that was spent on similar projects by Nana Akufo-Addo. And, oh, I almost forgot to add that in his authoritative analysis of the most imperative need of our public education system, Dr. Yaw Osei Adutwum came up with the mind-blowing conclusion that the most pressing problem besieging our current public school system was Curricula Transformation, and not the mere superficial construction of empty classroom blocks, as has been proposed and is being cavalierly propagated by Candidate Mahama and his equally conniving Running-Mate, Prof. Naana Jane Opoku-Agyemang, the Teacher-Trainee Allowance-extorting scam-artist and former Mahama-appointed Education Minister.

And yes, I am also thinking about the GHȻ 13 Million Vice-Presidential Boondoggle Palace that was deliberately left uncompleted by the Mahama regime because a relative of the Bole-Bamboi, Akufo-Addo-created, Savannah Region native reportedly absconded with a huge chunk of the construction money. Now, Dear Reader, you do the Math, as New Yorkers are wont to say. With Little Dramani, nearly nothing quite adds up in the long run.

Takoradi woman confesses she was not pregnant
49 minutes ago