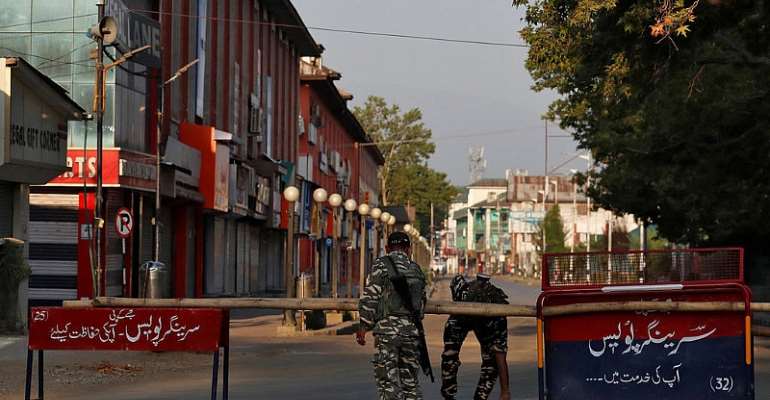 Police in Kashmir have said they are investigating allegations that the Indian Armed Forces killed three civilians in a gunfight and passed them off as militants, burying them at an undisclosed location.

“Police will examine the claims and carry out DNA sampling for matching purposes,” a police press release said. “Police will also investigate all other aspects as per the law in the due course of time.”

The three men were cousins from the Rajouri region of Jammu, aged 18, 21 and 25 years, who had gone to seek work in Shopian, southern Kashmir, according to their families.

They were last heard from on 17 July.

The families filed a police report this week after identifying the bodies from images published on social networks.

“I was in complete shock after I saw lifeless bodies of our boys on social media,” Muhammad Yousuf, the father of one the boys, told RFI over the phone. “They were murdered in cold blood. They only went to find work for themselves and support their families.

"At least they should give us their bodies,” he added.

India's military spokesman in Srinagar, Col. Rajesh Kalia, said in a brief statement that the army was investigating.

He added: “Three terrorists killed during an operation have not been identified and bodies were buried based on established protocols."

People in the Kashmir Valley have created a wave of social media outrage over the incident, recalling other extrajudicial killings locally referred to as 'fake encounters'.

A prominent rights groups in Kashmir has called for an independent probe by an international body, as previous probes into similar cases have failed to bring the perpetrators to book.

“This crime is a continuation of the unaccountable nature of counter-insurgency measures taken by the Indian state in Kashmir for nearly three decades now," said a joint statement issued by The Jammu-Kashmir Coalition of Civil Society (JKCCS) and Association of Parents of Disappeared Persons (APDP).

"The case reveals that extrajudicial killings at the hands of armed forces is not an exception, as claimed by some, but a norm.”

Amnesty International India said the incident should be investigated and prosecuted by independent civilian authorities.

Anti-India sentiment runs deep in Kashmir, a Himalayan territory divided between India and Pakistan but claimed by both in its entirety.

Tens of thousands of people have been killed, mainly civilians, in the military operations.

In 2019, the United Nations accused India of human rights violations in Kashmir and called for the formation of a commission of inquiry into the allegations.