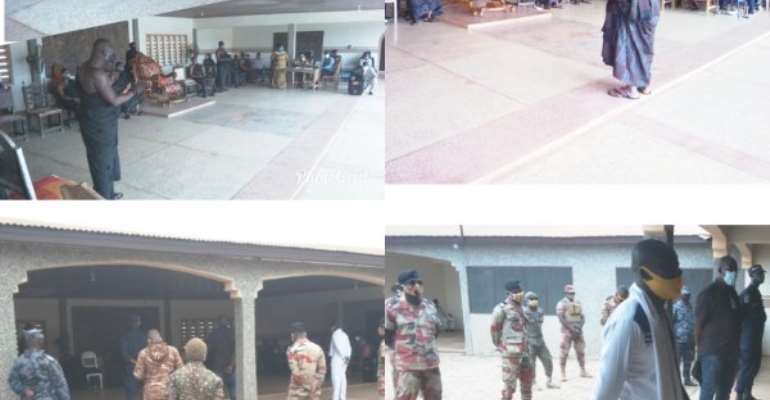 The Judicial Committee of the Sunyani Traditional Council has imposed a GH¢1,500.00 fine on Evangelist Wofa Atta, an itinerant and street side preacher in the Sunyani Municipality for gross misconduct and disrespectful attitude towards the Council.

In addition, the Committee, jointly presided by Nana Kwaku Sarbeng, the Akuamuhene and Nana Boadi Akrofa II, the Adontenhene respectively of the Sunyani Traditional Area asked the Evangelist to present a ram and two bottles of schnapps as part of the sanction.

The Evangelist was said to have defied the Coronavirus disease (COVID-19) protocols – preaching on the street without wearing nose masks and he was subsequently summoned to appear before the Judicial Committee, but failed to do so.

But at its hearing, the Committee further banned the Evangelist from undertaking any religious activity within the STC's jurisdiction.

The Committee also imposed GH¢200.00 fine on one Madam Ataa Afia, a food stuff dealer in the Municipality.

She was said to have been selling at an unauthorised place in the Municipality.

Meanwhile, Superintendent Haruna Alhassan, the Commander of the Sunyani COVID-19 Prevention Taskforce, lauded the Committee's decisions, which would greatly serve as a deterrent to others.

He told the Ghana News Agency in an interview that the Taskforce had intensified its operations and would arrest and prosecute people and organisations which would defy the COVID-19 protocols.