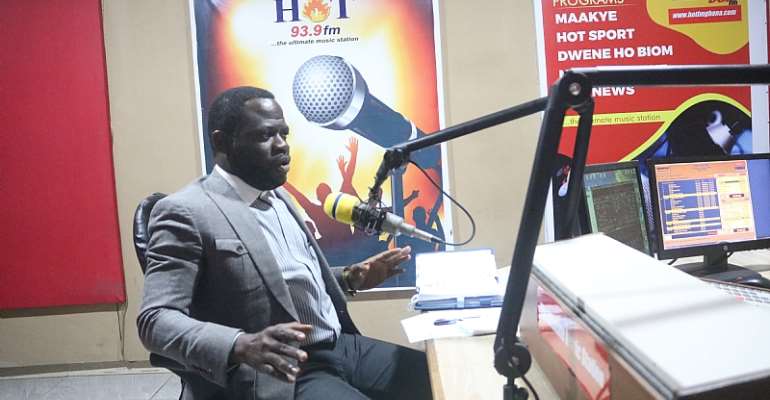 According to him, the former President and the National Democratic Congress (NDC) kicked against the Electoral Commission’s (EC) decision to compile a new register for the 2020 polls.

He noted that in a Facebook Live interview, the NDC leader was heard saying the just ended EC’s exercise met the expectations of the party. He described the registration exercise as a successful one.

Sharing his opinion on Hot 93.9FM’s Political talk Show ‘Dwene Ho Biom”, hosted by Chairman KK on the former president’s acknowledgement of the EC, the NPP Chairman for New Juabeng Constituency, Kwadwo Boateng labelled the NDC leader as a flip-flop and devious candidate.

Citing instances of inconsistency in Mahama's speeches, Mr Boateng pointed to the ex-president comment about his intention not to cancel the Free SHS policy he kicked against strongly.

Kwadwo Boateng emphasized that the NDC presidential candidate cannot be trusted and should not be given the chance to let Ghanaians down again. “Ghanaians, you cannot trust him because he is highly probable to disappoint you again.”