My COVID-19 Exposé Has Been Impactful – Anas Defends Latest Documentary 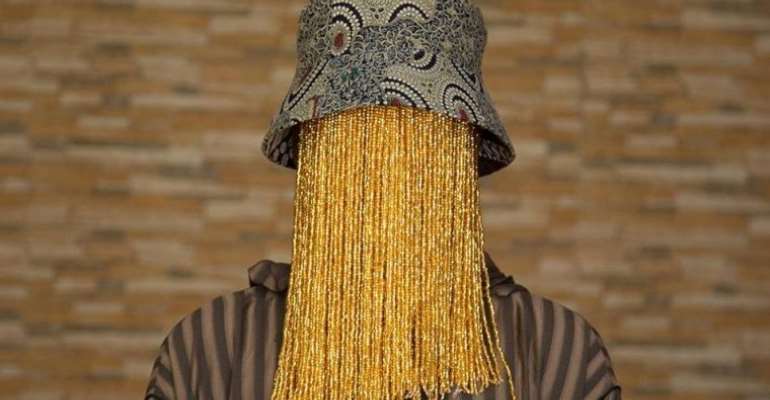 Ace Investigative journalist, Anas Aremeyaw Anas has defended his latest investigative piece on COVID-19 saying the interest generated so far proves how impactful the work has been.

The documentary – ‘Cashing in on COVID; exploiting the global pandemic and profiting from the sale of PPE’, captured two staff of the Ridge Hospital, Thomas Osei, Medicine Counter Assistant and Divine Kumordzi of the Sewing Unit of the Hospital allegedly selling COVID-19 Personal Protective Equipment (PPE).

The two staff have since been suspended by the hospital management for what they described as administrative malpractices.

On the Citi Breakfast Show on Tuesday, Anas said, the swift intervention by the Ridge authorities to take punitive action against its staff implicated in the documentary is enough proof that acts of corruption are intolerable.

He added that the current turn of events must be a wake-up call for state agencies that their regular underhand dealings risk being exposed in the public domain.

“If between yesterday and today, I am getting a million views on the film [on social media], then it should tell us how the public is receiving it. I am very happy about it and I think the numbers are even going to grow bigger. I can clearly see the panic in the management of the Ridge Hospital when on Sunday when we had not even released the documentary, they quickly issued a statement. That is what we want, we want to have the impact. We don’t have to leave our state institutions to think that nobody is watching.”

On claims by the Ridge authorities that the items do not belong to the hospital and do not also constitute the hospital's COVID-19 stock either donated or procured, Anas disagreed.

He insisted that follow-ups by his Tiger Eye PI team evidently confirmed that the personal protective kits were purchased by the hospital.

“Even in the Ridge Hospital statement, they mentioned one Thomas Osei. But for Divine, they mentioned clearly that the PPE is state-owned. It is very clear from the film so the fact that they suspended them alone should tell us something. The personalities involved in the scandal admits he bought it from an institution and the institution is very clear that it is Ridge Hospital that said the PPE should be sent to them. So we have done our best to put everything out there. So the film is there for everybody to see who is saying what”, he noted.