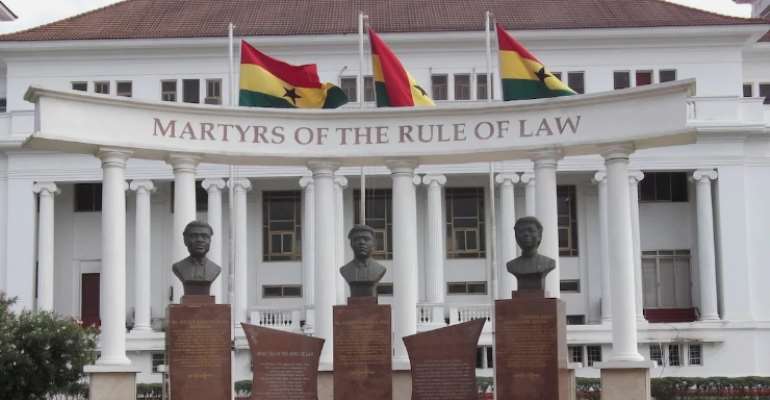 Can you imagine that even when the Supreme Court held in the Abu Ramadan case that there were some anomalies with the existing voters’ register, it also held that those anomalies were not enough to invalidate the whole Register, and that the fault of a few could not be used to disenfranchise the whole voter population? Even in relation to those who were identified to have used the NHI cards to register, the Supreme Court gave them the opportunity to register again, using other means of identification. So what has changed? Why would the same Supreme Court go back on its word and now say that, as a matter of fact, the faults of those few now affect the whole register, and take away the rights of everybody on that register?

Do you know that the Supreme Court says that your birth certificates are now worthless documents in identifying who you are and, thereby your nationality? Think about it. If you don’t have a passport or Ghana card, and you were asked to prove your age, what would you use? And, oh, by the way, was the birth certificate not used as identification for the purpose of issuing passports and Ghana cards to holders? How would you also prove your nationality? Have you thought that even if you held a birth certificate today which showed you were born in Ghana, and you added your parents' birth certificates to it which showed that they were also born in Ghana, you would still not have succeeded in proving your identity and nationality? Well, that is what the Supreme Court now says. Allah help us.

Latest Photo Reports
Catch up with all the political quotes from our politicians.
Advertise here
More Opinion
ModernGhana Links
Disappointed, Why?
The Ordinary Ghanaian
UK's decision to consider vaccinated Indians as 'unvaccinated' stinks of apartheid, lacks scientific merit
Kwame Nkrumah Holiday, A Complete Waste Of Time!
Dr. Nkrumah, A Quintessence Of Great Leadership
Nana Yaa Asantewaa Was Edwesohemaa, And Not “gyasehemaa Of Besease”
The State Of Democracy In Africa
Germany and its Neo-imperial quest
The Intractable Wrangling And Deepening Crisis Between The Topechelons Had Soared Exponentially In Somalia
TOP STORIES

She even wears knickers to wash in the compound — Takoradi w...
31 minutes ago