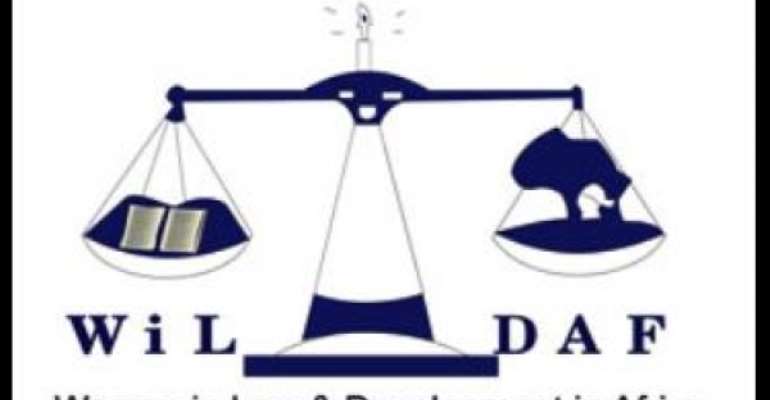 Women in Law and Development Africa (WiLDAF Ghana Network) has condemned the cruel murder of the 90-year old woman, Akua Danteh, in Kafaba near Salaga, describing the act as criminal.

It said such incidents brought to the fore the reality of the persistence of violence against women, the aged and other forms of sexual and gender based violence.

A statement issued in Accra by Ms Melody Darkey, the National Programmes Coordinator of the Network, copied to the Ghana News Agency, said the video, which exposed the offence, made it clear how people accepted that culture by looking on whiles the old woman was murdered.

It said Article 13 of the 1992 Constitution guaranteed the right to life by every Ghanaian and prohibited anyone from taking another person's life.

“Article 15 also guarantees that the dignity of all (Ghanaians) shall be inviolable and prohibits anyone arrested, restricted, or retained from being subjected to torture or other cruel, inhuman or degrading treatment or punishment.”

“Article 19 also guarantees the right to a fair trial for any accused person. All of these rights appeared to have been denied the late Akua Denteh as she was subjected to a Trial by Ordeal, resulting in her untimely demise,” the statement said.

It reminded the public that in addition to the murder, the violence perpetrated against the old woman, particularly as it emanated from a harmful and dehumanising traditional practice of Trial by Ordeal, was criminal.

It said the Criminal and Other Offences Act, as amended at sections 315 and 316, prohibited such practices.

Again, section 1(b) I and 1(d) of the Domestic Violence Act, 2007, as amended, also criminalised such acts while sections 20 and 23 of the Criminal and Other Offences Act prohibited abetment of crime and conspiracy to commit crime, it said.

“With the above constitutional and statutory references in mind, we commend the police for dispatching homicide experts to hunt for the alleged murderers.”

The statement urged the police not to only arrest perpetrators but also expand the net of culpability to include those who abetted the crime, including those who stood by, watched and did nothing whiles the woman was murdered.

“We also commend the Gonja Traditional Council for denouncing such acts and urge them to support the police in their hunt for the perpetrators of such heinous crime,” it said.

It urged the Regional and National house of chiefs to deploy their own structures to support the immediate arrest of perpetrators of such crimes, their promoters and supporters.